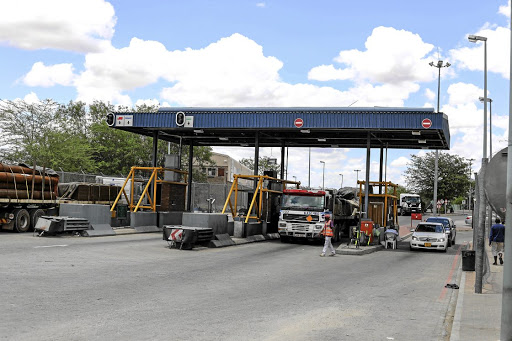 Every week, SA is deporting, on average, 100 Zimbabweans through the Beitbridge border crossing.

But on Thursday, a record 220 individuals — comprising several criminals, overstayers and undocumented individuals — were dispatched from the Lindela Detention Centre in Johannesburg.

This was revealed by Zimbabwe’s consul-general in Johannesburg, Melody Chaurura.

She added that there are “weekly routine deportations”, but for the past two weeks SA has not been able to deport illegal immigrants because of logistical challenges.

“This is the largest group so far. The high number is because no deportations were carried out in two weeks prior,” she told journalists.

At Beitbridge, in Limpopo, the floating white wings intermingle with thousands of people coming back into the country from Zimbabwe
News
1 year ago

SA is conducting weekly deportations as part of measures to decongest migrant holding centres and minimise the rate of new Covid-19 infections.

Between March and June this year, 18,000 Zimbabweans have been deported from SA, Eswatini and Lesotho through the Beitbridge border.

Botswana is carrying out a similar exercise. Border control officials between Botswana and Zimbabwe at Ramokgwebana say they receive large numbers of illegal immigrants from Zimbabwe daily.

Last month, five Zimbabweans resisted deportation from Botswana after their refugee statuses were revoked by that country’s defence, justice and security ministry. They said that they could be politically persecuted back home.

Last week while briefing the public accounts committee in Botswana’s parliament, the commissioner of the Botswana Police Service, Keabetswe Makgophe, said they were seeing more Zimbabweans illegally crossing into the country while Covid-19 continues to bite.

“We have even scaled-down our usual operations on illegal immigrants. However, this is risky because their numbers keep on increasing hence the rise in crime incidents,” he said.

Since the turn of the century Zimbabweans have been fleeing their country as economic and political refugees destined for SA and Botswana.