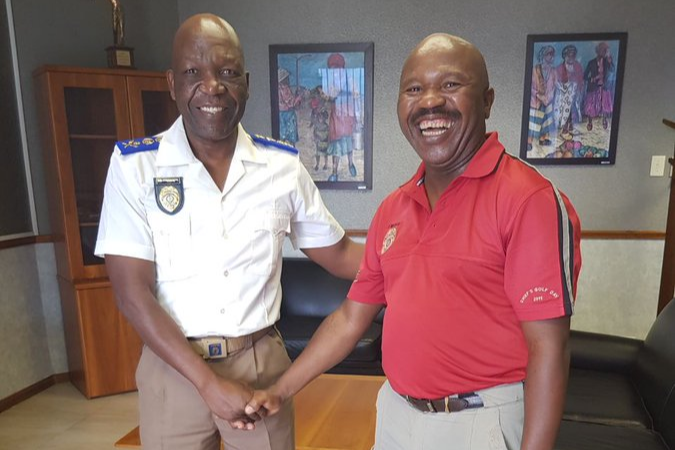 JMPD spokesperson Chief Supt Wayne Minnaar confirmed Ngcobo’s passing, saying he had been informed by Ngcobo’s nephew that his former boss had died between 2am and 3am on Monday.

Ngcobo’s death came as a shock to Themba Maseko, former Government Communication and Information System (GCIS) CEO, and author of For My Country: Why I Blew the Whistle on Zuma and the Guptas.

“Couldn’t sleep last night as my friend and comrade, Chris Ngcobo, former head of Joburg metro police, was critically ill and in ICU. Just woke up to news that Covid-19 has taken him away. I hate Covid-19 more than death itself. May his revolutionary soul rest in power,” Maseko tweeted early this morning.

The mayor of Johannesburg, Geoff Makhubo, died on Friday of Covid-19-related complications, the city and provincial government confirmed. He was 53 ...
News
3 months ago

Maseko had been a close friend of Ngcobo for many years since staying in the same university residence during their student days. He said they “became family” in their struggle days, and more recently were both part of a Wits University academic group.

“He was in hospital for more than a week and last Wednesday he was transferred to ICU. His condition then deteriorated further on the weekend and this morning at about 3am I got the call to say he had passed,” Maseko told TimesLIVE.

“It shocked me and this morning I made sure I went out and got my jab first thing.”

Maseko said he had not seen Ngcobo for many months because of the lockdown. He said their last call had ended with Ngcobo telling him he had enjoyed his book and would bring it around to be signed once lockdown was over.

“Sadly, that is never going to happen,” Maseko said.

Minnaar described Ngcobo as a great leader and a man who inspired many.

“Personally he meant a lot because he saw potential in me. He was the one who appointed me as JMPD spokesperson and encouraged me. He got myself and [fellow spokesperson] Edna Mamonyane to engage in public speaking and we even registered as a JMPD team with Toastmasters International,” Minnaar said.

Maseko said Ngcobo’s death was the latest in a string of Covid-19 deaths of family, friends and neighbours.

“It’s getting closer and closer and we sit here watching the protests by people with no masks, shouting, not washing hands. There will be more deaths as we see more developments in politics. Factionalism and hunger will be the cause,” he said.