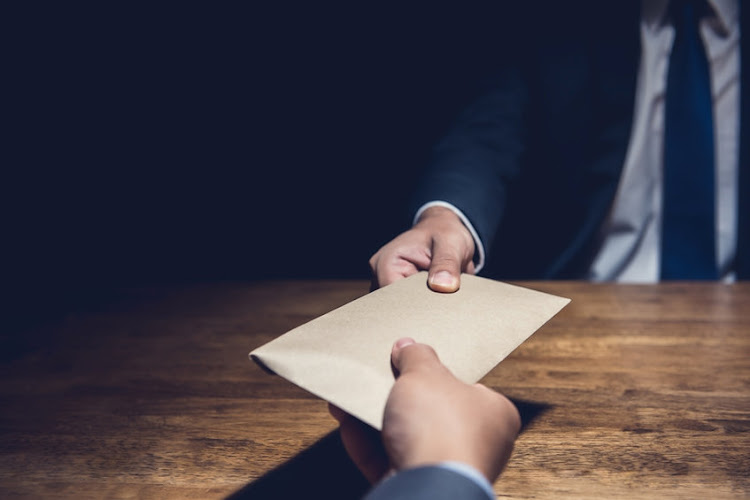 The exchange took place and the warrant officer was given R5,000 cash and the whistle blower was given the police docket.
Image: kritchanut/ 123RF

That’s the sum a warrant officer, subsequently dismissed from the force, demanded from a suspect charged with reckless and negligent driving in exchange for their police case docket to be stolen.

The cop was one of two police officers arrested at the weekend in what Western Cape police said was 'part of targeted efforts to clean up the police ...
News
2 months ago

De Bruin had on January 20 approached a suspect charged with reckless and negligent driving, “promising that he can steal the police docket and sell at a price of R5,000. The member was not investigating this case,” said police spokesperson Brig Motantsi Makhele.

“The whistle blower reported the incident to the authority and the incident was reported to the provincial anti-corruption unit. An entrapment was arranged which led to further investigation.

“The exchange took place and the warrant officer was given R5,000 cash and the whistle blower was given the police docket in which he was a suspect.”

Anti-corruption unit members found a pawnshop receipt for a state laptop while searching the officer’s house. Cash to the amount to R5,000 was found in his possession. The laptop was fetched from the pawnshop in Odendaalsrus and seized.

“The sentence is a clear-cut message that corruption does not pay and that as police management will never tolerate any act of corruption within our ranks,” said Free State police commissioner Lt-Gen Baile Motswenyane.

“We commend the judiciary and thorough investigation conducted by dedicated team to remove those who are criminals hiding behind our dignified badge.”