After fleeing the Rwandan genocide in 1994, he worked tirelessly in SA to make life easier and better for the most vulnerable people in society 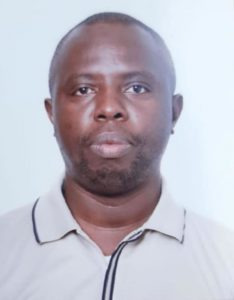 Gabriel Hertis, a man who dedicated his life to fighting for the rights of migrants, refugees and asylum seekers in SA and who worked towards strengthening relationships between South Africans and the migrant communities in their midst, succumbed to a short illness on July 2. He was 50 years old.

Born in Kigali, Rwanda, on June 15 1971, Hertis always had a passion for education. His younger sister, Delphine Niyigena, said since his passing she has been receiving calls from people all over the world who were classmates of Hertis and describing him as “brilliant” and “a bright student”. He had a strong character and a stronger sense of justice and was a voice for the downtrodden, according to those who knew him.

Hertis’ passion for education was temporarily cut short when he had to flee Rwanda during the 1994 genocide in which about 800,000 people were killed over 100 days. Hertis, then in his early 20s, fled to Tanzania while his mother and two sisters escaped to a different province in Rwanda.

“We were lucky,” said Niyigena.

“We survived, but my uncles, my aunts, my grandfather, they were all killed.”

After a few months in Tanzania, Hertis travelled to SA, where he would resume his studies, which included tertiary qualifications in politics, peace-building and management. Hertis was drawn to other vulnerable and struggling migrants from the day he arrived and went out of his way to help them.

“Looking at how migrants are treated here in terms of getting papers, getting documented, it will be a problem getting into school, it will be a problem getting healthcare, it will be an issue. All that made him become an activist for the people  so he could at least help make it easier for them to access documentation. You will find people saying ‘these are migrants’, but what has the government done to help people get documented? That was what he was all about,” Niyigena said.

The number of refugees attempting to cross the English Channel from France to the UK by boat has increased in the past few days, according to Al ...
News
1 month ago

In the wake of the 2008 xenophobic violence in SA when more than 60 people were killed, Hertis became an even more important voice and actor in migrant communities as one of the founding members of the African Diaspora Forum (ADF). This migrant-led organisation works towards an integrated society free of xenophobia and other forms of discrimination.

Following Hertis’ death, Abdul-Karim G Elgoni, chairperson of the forum, wrote that it has “robbed our community of one of its pillars, whose leadership and dedication to working with and for migrants was the driving force behind the ADF”.

The fallen ADF hero was heavily involved in organising and running workshops for migrants and locals and community dialogues, fighting xenophobia, responding to distress calls from migrants, liaising and working with government on social cohesion programmes

“Originally from Rwanda, the fallen ADF hero was also heavily involved in organising and running workshops for migrants and locals and community dialogues, fighting xenophobia, responding to distress calls from migrants, liaising and working with government on social cohesion programmes, planning and carrying out ADF work and mobilising people and resources for the organisation,” Elgoni wrote.

Amir Sheikh, another founding member of the forum and its spokesperson, became a close friend of Hertis over more than a decade of working together, also in Afrika Awake, a non-profit organisation Hertis helped found in 2013.

“He was a man who did not see colour, creed or relationship. I’m a Muslim working with Afrika Awake and there are people of the Jewish faith, but Gabriel could fit into all this religion. Whether you’re a Muslim, Christian or Jewish, it didn’t matter to him. What made sense to him was your humanity,” Sheikh said.

Hertis and Serge Lwamba, one of the co-founders of Afrika Awake and a member of the ADF, became brothers of Sheikh.

“There was no day that passed without us communicating, the three of us, or without meeting and having lunch, dinner or a cup of coffee together.

“His death is too personal for me. It is not easy. Whoever calls me about Gabriel, tears will roll down my cheeks.”

Until his last breath

Through Afrika Awake, the ADF and the efforts of people like Sheikh, Hertis and Romy Petersen, many migrant communities and South Africans received food, blankets and clothes as the extended lockdown during the Covid-19 pandemic started taking its toll on marginalised people. People who lost their livelihoods, or had very little before the pandemic, came to rely on the work of these people and their organisations.

Sheikh said a testament to Hertis’ strong character is that on the morning before he died, he was instrumental in arranging for food to be delivered to a group of Zimbabwean migrants. He did this from his bed.

He was on his deathbed and struggling for his life, but he was  instrumental in thinking about the wellbeing of others

“ He was on his deathbed and struggling for his life, but he was instrumental in thinking about the wellbeing of others. That was the character of Gabriel. I lost an elderly brother.”

In 2019, refugees camped outside the UN High Commission for Refugees offices in Cape Town, demanding to be resettled in other, safer countries. They then moved to the Central Methodist Church in Greenmarket Square, where the situation soon became untenable as refugees and asylum seekers clashed with police and government officials.

Hertis, together with a delegation from the SA Human Rights Commission, travelled to Cape Town to meet the refugee leaders and try to persuade them to stop their protest and return home. During a violent altercation between the delegation and some refugee leaders, Hertis was injured along with pastor Moise Awilo. The clergyman was attacked by JP Balous, who tried to gouge out his eyes.

Petersen, who met Hertis and Lwamba following the 2008 xenophobic violence and later joined Afrika Awake, described Hertis as a “mensch”.

“Gabe, literally, if there was a picture in the dictionary of what a mensch is like, if instead of describing it in words you can put a picture there, you could put a picture of Gabe,” she said.

“A mensch is somebody with absolute built-in integrity. It’s somebody who puts others first, who always thinks of others, and he was an incredible human. He was unique in his outlook and his skills. This is such a huge loss.

“I feel so lost now that he’s not here He was just such a guiding light always, such a comfort and a person you could turn to in any situation. Especially when it came to xenophobia, he always knew what to do,” Petersen said.

Hertis, who celebrated his birthday in June, did not have a wife or children.

Niyigena said he always wanted to make sure she started a family before he would start his own.

Those who worked closely with him said he found his family in the people he helped and cared for.

He grew particularly close to a group of orphaned children living north of Pretoria for whom he cared as if they were his own.

Petersen said he would likely have preferred a simple and inexpensive funeral and for the rest of the money to be sent to the orphans he cared about.

Hertis was buried on July 10 at West Park Cemetery in Johannesburg.

This article was first published by New Frame