Freight frozen as Transnet's terminals go down after apparent hack 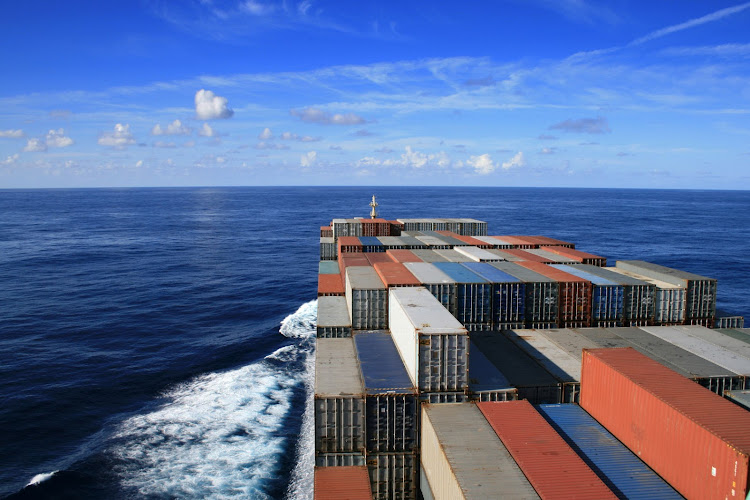 No import containers are able to be processed or loaded on to trucks. After last week’s looting and riots this is catastrophic, said Transnet after apparently being hacked. Stock photo.
Image: 123RF/draganche

The country’s logistics and port operator Transnet was the victim of an apparent cyber hack, with its IT system, websites and Navis container terminal operating system going offline on Thursday morning.

Several concerned stakeholders in the freight industry sounded the alarm after their trucks were not able to access the container terminals at the Durban port.

“There was a memo issued to staff on Thursday morning that their terminal computers had been hacked and it came from the Transnet IT system. They said that they were working on it, but by Thursday afternoon the system was still offline,” said one.

“Some operations, including rail, has gone manual but the end result is that no import containers are able to be processed or loaded on to the trucks.

“After last week’s disaster of the looting and riots, this is catastrophic. If it is an intentional shutdown, it is equal to industrial sabotage and will bring the economy to its knees.” 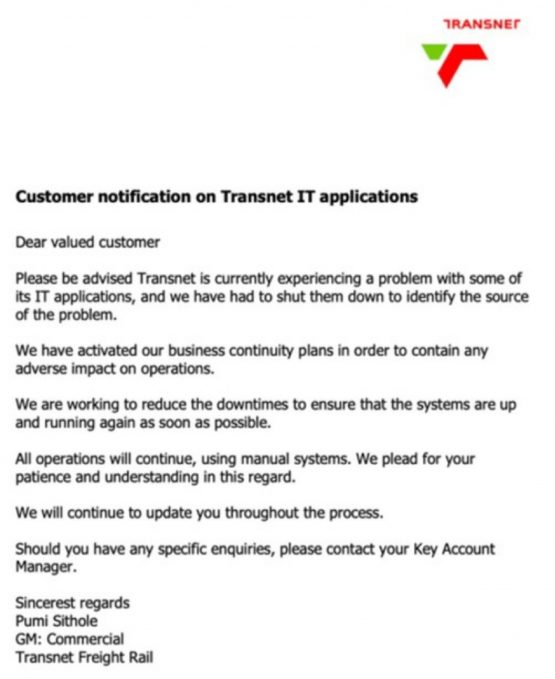 A memo that was sent to stakeholders about the problems with IT applications
Image: Supplied

Another stakeholder told TimesLIVE that long haulers were desperate to deliver cargo to various projects throughout the country.

“We can’t access the containers, and this is bad for our business as long-distance haulers.

“We can’t get into the queue to collect the cargo because the system can’t generate a place.”

Transnet’s website was unavailable and neither local nor national spokespeople responded to queries.

Transnet on Friday said road closures and fuel and food shortages are constraining its supply chain despite improved operations at the ports of ...
News
2 weeks ago