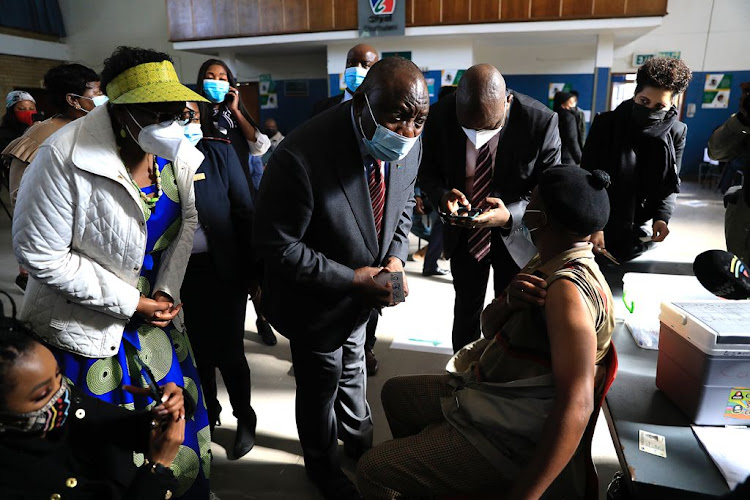 From now on, the government is going to communicate with one voice.

President Cyril Ramaphosa said this on Thursday after ministers in the security cluster communicated contradictory messages and publicly pointed fingers at one another for the recent unrest that claimed scores of lives in KwaZulu-Natal and Gauteng.

“We have basically said, let’s stop the squabbling in public,” said Ramaphosa.

The president labelled the mayhem as an insurrection. However, police minister Bheki Cele and state security agency minister Ayanda Dlodlo contradicted each other on an intelligence report, while defence minister Nosiviwe Mapisa-Nqakula told the country the unrest could not be described as an insurrection.

There have been widespread calls for Ramaphosa to fire ministers who were accused of napping on the job when the unprecedented violence took place.

The DA is pushing for access to a state security intelligence report compiled before protests and looting ignited in SA.
Politics
10 months ago

Speaking to the media shortly after a walkabout at the Gallagher Estate vaccination site in Midrand, Ramaphosa said, “Obviously it was driven by their own understanding and explanation but as the government we need to be coherent and have to have a single message, and that has been sent out very clearly, so from now on you are going to see coherence in government in terms of the messages.

“The issue of mixed messages was addressed well by acting minister in the presidency Khumbudzo Ntshavheni and I have also addressed it, it has died out.”

He said the government had conceded that it was not prepared for the levels of unrest in KwaZulu-Natal and Gauteng.

“The security cluster was ill-prepared for the mayhem that broke out, we have conceded that and we are looking at exactly how it all happened and obviously I am evaluating everything else.”

Then, let’s all learn a lesson from the Muslims, who quietly demonstrated how to be human after last week’s mayhem
News
10 months ago

On the killings in Phoenix during the unrest, Ramaphosa said the matter was being examined.

“We are obviously very worried about what happened in Phoenix. It has evoked a lot of feelings on all sides. People's lives were lost and there is a deep hurt that many people feel in Phoenix,” he said.

“We empathise with them because some of the incidents that took place in Phoenix are simply what we do not want to have in our country, where there was a measure of vigilantism and targeting of people.

“So I pay my condolences to people who lost their loved ones. We are attending to the Phoenix matter both at a political level as well as a security and criminal justice matter.”

He said it remained “front of mind” while the government tried to establish the best way forward.

Parliament is further expected to summons security cluster ministers to account for intelligence failures during the looting spree and perceived ...
Politics
10 months ago

On the vaccination rollout, Ramaphosa – who was accompanied by Gauteng premier David Makhura and acting health minister Mmamoloko Kubayi – said he was pleased with its pace.

“The numbers of vaccinations are going up and the minister has assured me that they will reach the 300,000 mark and exceed it. They had a target of 250,000 and I stretched it, so I think we are doing very well.”

Ramaphosa said the country had a surplus of vaccines and he was pleased with what he saw during his oversight visit in Tembisa and Midrand.

“There is really great work that is being done in Gauteng and a number of places ... Innovative ideas are coming to the fore in relation to vaccinating people, [like] mobile vehicles [that] will go to the people ... because one of the complaints has been that a number of our people have to spend money to travel to the vaccination centres and I have said I want vaccination centres to go to where our people are.

“We are all learning and getting better with this process. Remember that this is new to all of us. I did say in the beginning that this is the biggest process we have had in the history of this country, to vaccinate so many people.”

Ramaphosa said the government would also be rolling out drive-through sites where more vaccinations would take place.

“The objective of coming here was also to encourage South Africans to come forward and get vaccinated. We have now lowered the age group and we want as many in that age group who are eligible to come through and vaccinate.”

He encouraged people to register on the government's online portal or walk in at any vaccination centre, adding that “the vaccination process has been turbo-charged”.