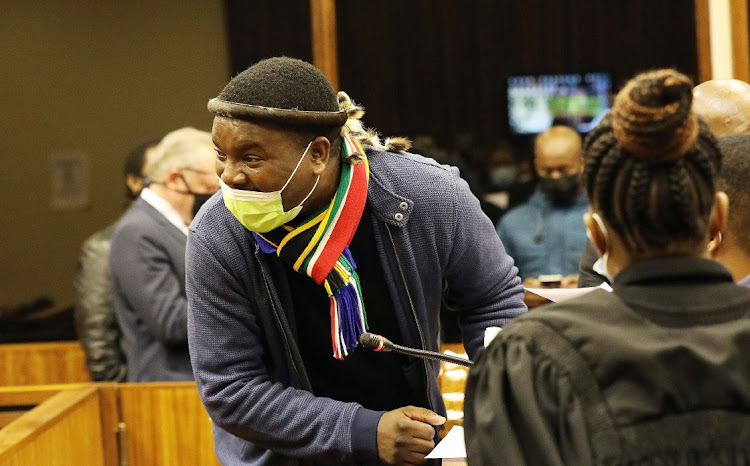 Some have criticised the justice system, saying his arrest was wrongful, while others have accused him of “chasing clout” by vocalising his support for former president Jacob Zuma.

Mchunu was allegedly one of the “key suspects” in instigating the unrest that erupted in KwaZulu-Natal and Gauteng after Zuma's imprisonment earlier this month. Other suspects include Patriotic Alliance member Bruce Nimmerhoudt, ANC ward councillor Clarence Tabane and Sbusiso Mavuso.

What punishment should instigators of the unrest face?

Mchunu handed himself over to the authorities last Monday and appeared in court on charges of incitement to commit public violence. He was remanded in police custody until his two appearances on Wednesday and Thursday this week.

TimesLIVE reported that the state opposed Mchunu's bail, saying he evaded police five times before handing himself over. Mchunu's lawyers said the state had no evidence showing their client had incited the unrest and assured the court he would not interfere with witnesses if released.

Magistrate Gayle Pretorius granted Mchunu bail of R2,000 with conditions, including that he doesn't leave Durban unless he is attending his court case in Johannesburg.

#NgizweMchunu was arrested because he is Zulu is the silliest thing I have heard on Twitter this week. pic.twitter.com/gCy6nZwzUh

The State has abused its powers with the #NgizweMchunu case 😡😡😡

Earlier today with Ngizwe Mchunu, his 3 wives, her blood sisters, Duduzile Zuma @DZumaSambudla and myself. It was a great moment indeed and justice was served. Ngizwe Mchunu continues to be resolute even after his release from prison, today. Azikhale #NgizweMchunu #FreeJacobZuma pic.twitter.com/ghjURZweiH

Hope he learned his lesson 😒 https://t.co/NmePG0oIWL

I salute #NgizweMchunu for standing for the truth, no prison changed his spirit and support for #FreeJacobZumaNow and injustices happening in the country by judiciary and law enforcement agencies. The man is still calling for Zuma to be released, usamile ekutheni Ay’khale 🗡.

One lesson learnt from the #NgizweMchunu case is that if we are not careful, those in power will abuse every organ of the State to victimise those they perceive to be a threat to their power. Clearly, Mchunu NEVER incited violence, yet the Hawks & NPA went for him. #NgizweMchunu