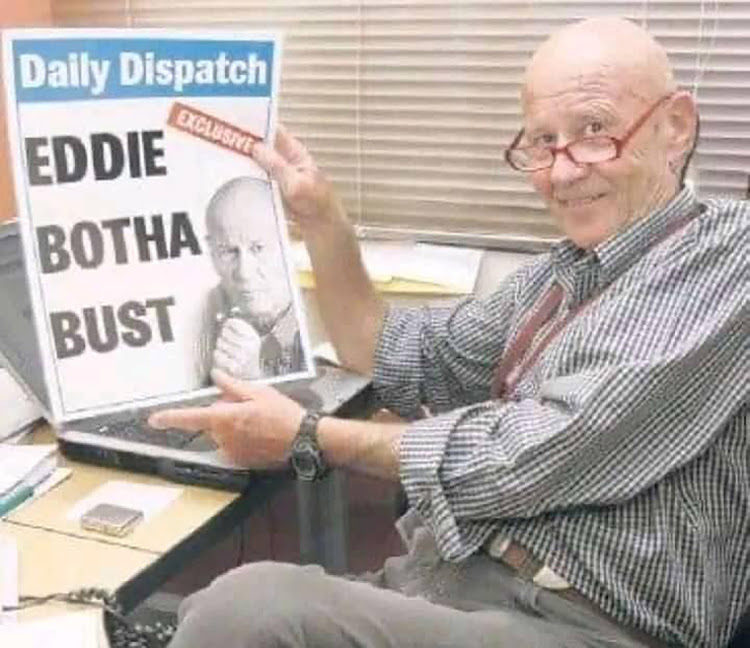 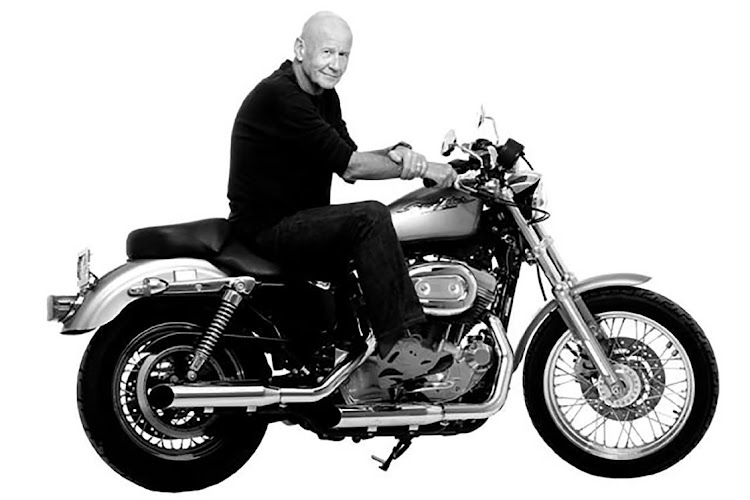 When Eddie Botha retired from the Daily Dispatch several years ago, an email circulated among his colleagues at the newspaper’s old Caxton Street premises saying “Eddie Botha has left the building”.

But the truth is that Botha — who died of cancer in the Western Cape on Monday — never really left the building. And nor will he be forgotten any time soon in SA’s newspaper industry.

For such was his talent and tenacity as an investigative journalist and so genial was his nature that Botha invariably made a mark: on the lives of his colleagues, on the wide circle of friends that he seemed to accumulate wherever he went, on East London’s tennis playing community and among the readers of the publications that he worked for, Rapport, the Financial Mail and the Dispatch included.

“Eddie was a fun guy — very sociable. He had an incredible ability to network and to get on with everyone,”  another doyen of the newspaper industry, Max du Preez, said.

“All sorts of people would come to him with stories and many times these contacts would become his friends.”

Du Preez worked with Botha in the mid 1980s. Botha was the Rapport’s political correspondent and Du Preez held the same position at the Sunday Times.

Respected Sunday Times senior journalist Simpiwe Piliso died at an East London hospital early this week.more He was diagnosed with heart failure in ...
News
5 years ago
Covering parliament they were part of a group of liberal white male journalists — including Patrick Cull of the Herald, Barry Streek for the Dispatch, and Anthony Johnson for the Cape Times.

“We were in stiff competition at work, but that never stopped us from becoming good friends and socialising together. Everybody liked Eddie. And of course, he and I shared a love of rugby,” Du Preez said.

But while Du Preez found his métier in politics Botha was a born investigative journalist.

“Eddie was an extremely talented newsman. He was more of an instinctive hard news guy than I was. He absolutely thrived on news.”

Legendary sports journalist S’busiso Mseleku dies: 'He was a legend when it comes to football'

Indeed, Both also seemed to flourish on the pressure of a profession that has a hefty share of bruising deadlines and opposition.

Yet Botha seemed to take a delight in this sometimes crazy environment.

He never lost his cool, he never fought with or complained about his colleagues, he remained impeccably neat, unflabble, puffing on his pipe and simply relishing the craziness.

This son of a Western Cape dominee had several other distinguishing features.

For one thing, he was mildly eccentric — he drove a Harley-Davidson to work.

Another was his ability to commit vast amounts of information to memory — and to remember it all.

“He was never a political ideologue,” Du Preez said.

“He was an investigative journalist to the core. Not all journalists are like that. I am certainly not. But this is a particular breed; they have minds like filing cabinets.

“They hold vast amounts of detail in their heads. Then one day something happens that causes something to stir in the recess of their mind.

“And for Eddie that was it — that was his edge.”

Raymond Louw, a former editor of the Rand Daily Mail and Sunday Times, chair of the South African chapter of the Media Institute of Southern Africa ...
News
2 years ago

Botha was also extremely tenacious. He spent the latter part of his career hounding down controversial and crooked individuals and organisations in the Eastern Cape.

And no matter how complex the story or litigious his target, Botha never let go once the smell of ink wafted into his nostrils.

He was also a consummate professional, privilege to work with and a delightful human being to know.

Those who worked with him both loved and respected him and were frequently heard to refer to him as “a legend” — and indeed that is what he will remain.

I had the honour of working with Eddie Botha who, when I joined the Daily Dispatch as a junior reporter, was our business editor. Later he became our investigations editor. He was a crack journalist, who broke so many stories. Many loved him. Many hated him. They loved him for his commitment to using his pen to fight and root out corruption from our public service. Eddie hated corrupt people. They hated him because they knew if they were doing anything wrong, Eddie would find out about it and would write about it in his Monday morning column. A consummate gentleman, a model professional and a super human being. Rest well Eddie. We will see you in the morning madala.

How can anyone pay tribute to my/our friend Eddie Botha. Apart from being one of the finest journalists I have met, he was a great friend. To Eduard Botha (jnr) and family, Eddie’s siblings and most importantly Christina van Wyk who made Eddie B smile. Christina brought such great joy into his life. I can’t tell you how many times he told me how much he loved her. It was so good to be counted as one of your friends Eddie B. RIP my precious friend. Knowing this friend of ours I’m almost sure he’s already organising a game of tennis.