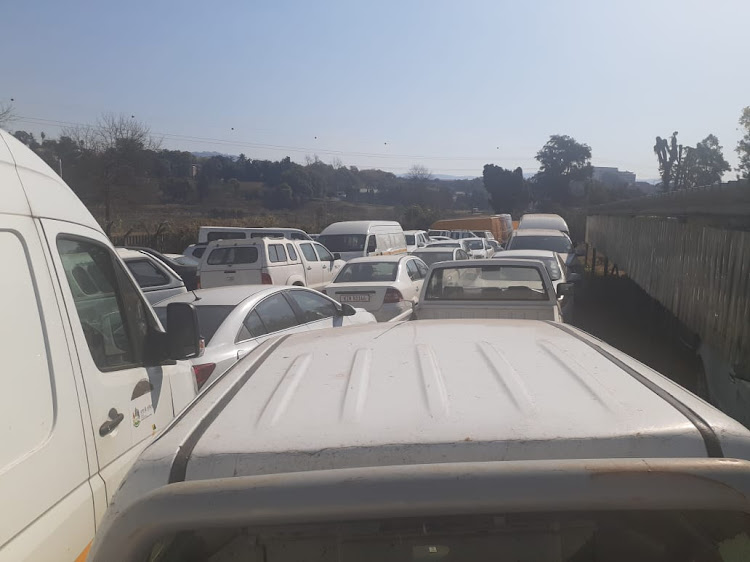 Some of the vehicles that will soon be auctioned by the department of arts and culture in KZN.
Image: SUPPLIED

The Democratic Alliance has slammed what it calls the “suspicious” auction of vehicles by the KZN department of arts and culture — but the department says there is nothing untoward with its decision and that service delivery will not be affected.

In written parliamentary questions to arts and culture MEC Hlengiwe Mavimbela, the DA raised several suspicious discrepancies with the upcoming auction that is still to be advertised — which the DA says is a red flag on its own.

“All government auctions are meant to be held for the full benefit of the public, yet it appears that this auction is being held to benefit those who know about it, where vehicles can be sold for next to nothing,” the party's arts and culture spokesperson and KZN MPL Bradley Singh said.

Several roads in Buffalo City Metro are getting a much-needed facelift, with work already started in the CBD and Mdantsane.
News
3 months ago

According to Singh, the department will auction 83 of its 121 vehicle fleet.

Among the discrepancies, the DA alleges that some of the vehicles that are to be offloaded do not meet the requirements to be auctioned, as the mileage on them was lower than 100,000km. Six of them, Singh said, had clocked less than 22,000km.

Singh sent TimesLIVE the list of the vehicles in question. Among them are two Mercedes-Benz Sprinters which have clocked 17,500km and three Isuzu trucks, all with a mileage of under 22,000km.

“These vehicles are still eligible to be used by the department. It makes no sense that it should purchase vehicles worth almost R500,000 and then auction them off at a fraction of the cost, with low mileage,” Singh said.

He said that some vehicles that had mileages as high as 300,000km — and which have served the department for as long as 15 years — are also being auctioned.

From August 4 2021, South Africans will have to pay record prices for fuel, putting many cash-strapped households under more pressure. Through a few ...
Lifestyle
2 months ago

Department spokesperson Phathisa Mfuyo disputed the allegations that there was anything amiss with the auction, and said the vehicles in question had reached their disposal state and could no longer be used. She added the department would put 71 vehicles, not 83, up for auction.

A major setback, according to Singh, is that the department will only be left with 38 vehicles after the auction. He said it would also have no budget to purchase new vehicles, preventing the department from being able to function optimally.

“The DA regards the department’s actions as nonsensical. It is crippling itself with its own ridiculous decisions. To have even fewer vehicles at its disposal will only make it more dysfunctional,” the party said.

Taxi drivers and owners were the unlikely heroes of the province this past week as they safeguarded malls from being looted. In honour of their ...
News
2 months ago

Mfuyo, however, said that will not be the case.

“We have already started the process to procure some vehicles so that service delivery is not affected,” Mfuyo said in response to TimesLIVE questions.

She, however, did not respond to detailed questions regarding the auction, including when it will take place.