R500m worth of drugs seized at Durban harbour 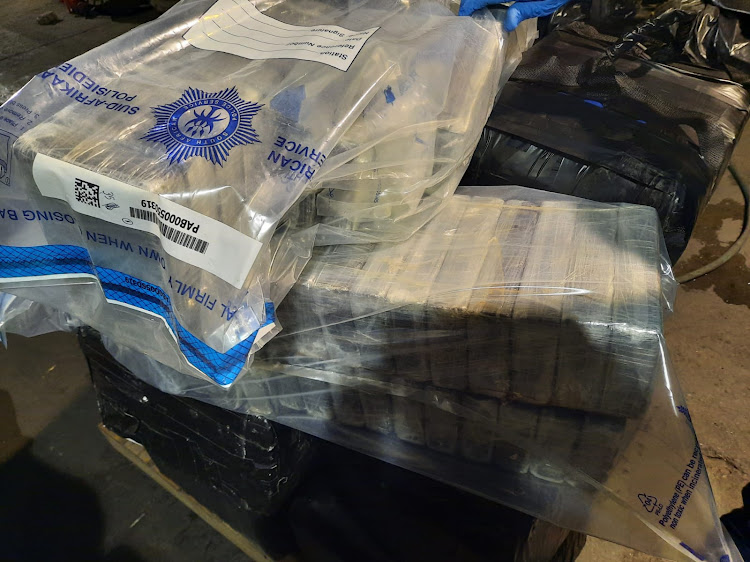 Half a billion rand worth of drugs hidden in a container storing truck parts have been seized at the Durban harbour, taking the total amount of cocaine seized since March to more than four tonnes.

Hawks spokesperson Col Katlego Mogale said investigations revealed the origin of these consignments is the Port of Santos in Brazil.

Religious ornaments stuffed with drugs seized at OR Tambo International

A consignment of drugs weighing more than 20kg, stashed inside religious ornaments, has been intercepted at OR Tambo International Airport in ...
News
1 year ago

This was during an operation by the SA Narcotic Enforcement Bureau of the Hawks from Gauteng, the national office and its Durban units, acting on a tip-off.

Mogale said no arrests have been made yet and investigations are continuing.

“The container was reported to be containing truck parts destined for SCANIA SA,” she said.

Several black canvas bags wrapped in plastic were placed at the entrance of the container.

Mogale said since March, over four tonnes of cocaine have been seized in SA. It is believed most of the drugs were destined for other countries while at least 20% would have remained behind as payment to the traffickers and for consumption in the domestic market.

Mogale said the case is believed to be linked to a similar drug seizure on July 9 of 715kg in Aeroton, Johannesburg, coming from Durban Port, also disguised as truck parts.

Foreign nationals nabbed at OR Tambo with ivermectin worth R6m

In a space of two weeks, six foreign nationals gave been arrested at OR Tambo International Airport in Johannesburg for being in possession of ...
News
1 year ago

“During the seizure of the said consignment, four suspects were arrested including three police officials. Investigations have revealed that the origin of all of these consignments is the Port of Santos in Brazil.”

She said two more seizures were made at a depot in Isipingo, Durban, and an even larger seizure in Gauteng where four suspects were arrested.

Mogale said the Hawks were seeking assistance in locating a foreign national believed to be the mastermind behind some of these criminal activities.