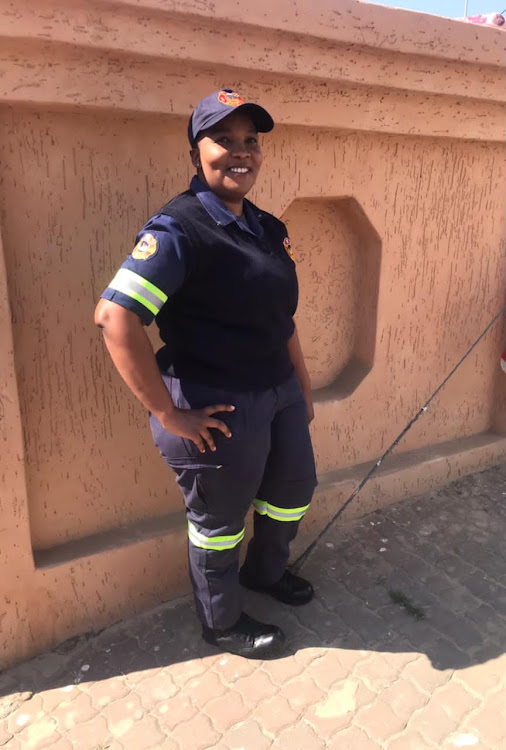 A 12-hour work shift has been her life for the past two decades.
Image: Supplied

City of Johannesburg firefighter and paramedic Boniswa Mbovane got into her job 20 years ago knowing it was a “labour of love”.

“All I knew was that I wanted to help people. I would always ask those who I saw in ambulances how to go about it. I finally got in, went for six months of training, which tested my strength. Because I love it, I have stuck it out,” she said.

Mbovane is the platoon commander of 11 emergency workers at the Diepsloot fire station. Her team comprises seven men and four women.

On working in a male-dominated field, she said: “Sometimes it is difficult when you are met by resistance from your male colleagues but generally, things have gone well so far. They know and have seen that there is nothing they can do which we (women) cannot do.”

For this single mother of two, a 12-hour work shift has been her life for the past two decades.

Over the years, she has attended to scores of gruesome scenes where people’s lives and properties are dependent on her.

Describing her most difficult day at a work, Mbovane said: “We attended to a motor vehicle accident one time where we found that the driver had been ejected from the car. His body parts had broken into pieces. We found his neck in one place, his hand in another place and so forth.” As gruesome a scene as this was, she and her colleagues had to face the scene head-on, only addressing the horrific scenes they had seen afterwards. But this is all in a day's work for her.

While her children may see her as a real-life hero, Mbovane says emergency work is not something she dreams of for them.

“I would love it if they got into a 9-5 [career] because my job is a calling. It is not a job that can be done by just anyone,” she said.