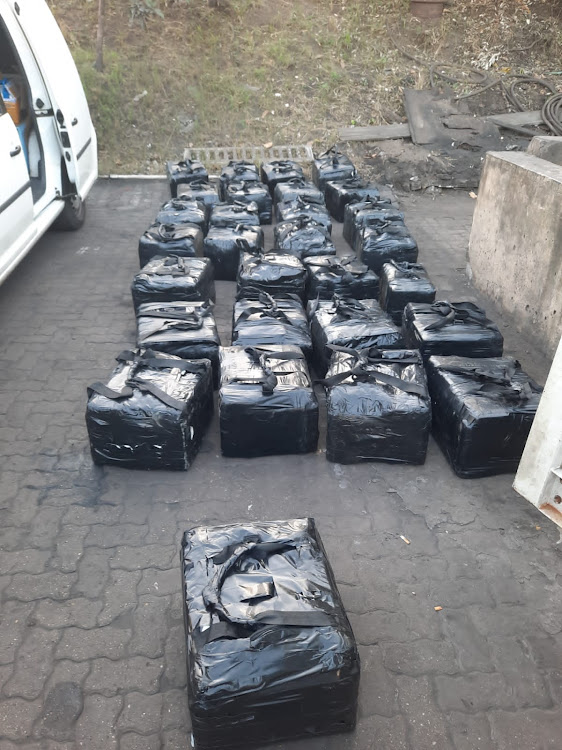 A total of 999 bricks of cocaine, weighing 1,000kg and with a street value of R500m, were seized at Durban harbour on July 30.
Image: Supplied:Hawks

This is after the truck parts destined for Scania SA ended up mixed in with R500m worth of drugs.

The drugs were seized at the Durban harbour on July 30 as part of a Hawks-led police operation.

Confirming the incident, the truck sales company said a shipment of Scania truck kits imported from Latin America and bound for regional production centres in SA was used by a trafficking syndicate to smuggle illegal drugs into SA.

“The news that criminals are using Scania’s supply chain to perform illegal activities is unfortunate. Scania is responding to these events with the urgency they require,” the company said in a statement to TimesLIVE. “This is the second time this has occurred.”

The case is believed to be linked to a similar seizure on July 9 of 715kg of drugs in Aeroton, Johannesburg, coming from Durban harbour, also disguised as truck parts.

“Scania SA is cooperating fully and in compliance with its legal obligations with the Hawks and their investigation. Delivering the highest standards of service excellence to our customers remains our continued focus and we are confident these events will be resolved satisfactorily by the authorities,” said the company.

R500m worth of drugs seized at Durban harbour

Half a billion rand worth of drugs hidden in a container storing truck parts have been seized at the Durban harbour, taking the total amount of ...
News
5 months ago

In July, the team acted on information received on a container at the harbour which was reported to be containing truck parts destined for Scania SA.

Mogale said upon further investigation, it was established that the container was packed with cocaine bricks contained in the black canvas bags.

“A duplicate container seal was also found placed inside the container. The balance of the goods in the container were established to be truck cabs destined for the consignee [Scania SA],” she said.

Mogale said no arrests have been made yet and investigations are continuing.

“Investigations have revealed that the origin of all of these consignments is the Port of Santos in Brazil.

“Since March, more than four tons of cocaine have been seized in SA. Most of these drugs would have been destined for other countries, while at least 20% would have remained behind as payment to the traffickers and consumption in the domestic market.”