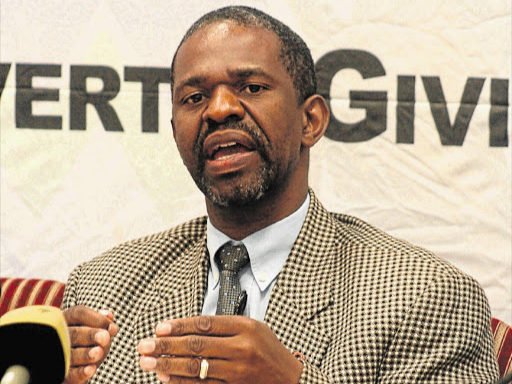 The national health department announced with much fanfare in April the establishment of the no-fault compensation fund which aimed to protect citizens who were injured during the Covid-19 vaccination rollout.

However, four months after it was gazetted there is very little information on how South Africans can go about reporting injury, adverse events or deaths after being vaccinated as the fund is still being finalised.

Newly appointed deputy health minister Dr Sibongiseni Dhlomo on Tuesday told TimesLIVE that the process to establish the scheme was under way.

“It is still work in progress. We have not actually finalised the process. We are working on it and once it is fully finalised, it will be made public. For now, it is still at consultation level,” said Dhlomo.

When it was launched, Dhlomo was the chairperson of the portfolio committee on health in parliament. At the time, MPs criticised former health minister Dr Zweli Mkhize for fast-tracking the establishment of the scheme, saying it was hastily established with the public given four days to make comments and suggestions.

The South African government's compensation fund to cover potential injuries from Covid-19 vaccines could cost around R250 mln in the first year, the ...
News
6 months ago

The scheme was established to meet preconditions set out by vaccine manufacturers Johnson & Johnson and Pfizer. The public had until April 19 to make comments and suggestions on the issue. The regulations were then tabled to cabinet on April 21 and gazetted on April 22.

At the time, health director-general Dr Sandile Buthelezi told parliament that the government was working on giving effect to the regulations.

The fund, approved by the national coronavirus command council (NCCC), will be financed by government and could cost about R250m in the first year. Retired chief justice Sandile Ngcobo was tasked with heading the scheme.

Philip van Staden from the FF Plus, who has doubted the scheme, said the public was not given enough time to comment on the proposed fund.

“Taxpayers will be responsible for amassing the R250m needed for the compensation fund and therefore they have the right to provide input on how the fund will be spent,” he said.

Van Staden said the public had little confidence in the government and “to steamroller these regulations by allowing just four days for public submissions is not only undemocratic, but also raises the question of why there is so much haste to establish the fund”.

Another concern was about the fund being controlled by a department “riddled with corruption and maladministration. There is, thus, no hope that this fund will not be looted as well.”

He said further information about how many people would serve on the fund's panel tasked with considering claims and appeals, and who those people were, must be announced. The FF Plus planned to keep a close eye on the establishment and administration of the proposed fund, he added.

DA MP Siviwe Gwarube said a key function of setting up the fund was to ensure people who were unable to direct their concerns and claims to vaccine manufacturers for adverse effects and harm suffered, could direct them to the fund.

“It is a great concern that this has not been set up as is the lack of transparency in the management of the fund. This is the work that should be championed by the interministerial committee on Covid-19 led by the deputy president, which has largely been ineffective,” said Gwarube.

“This is one of the issues that we will require the new health minister Dr Joe Phaahla to brief the committee on. South Africans need greater transparency about the fund.”

The national coronavirus command council has approved the recommendation to establish the no-fault compensation (NFC) fund to protect the rights of ...
News
6 months ago

The National Freedom Party’s Ahmed Munzoor Shaik Emam was also concerned about the lack of transparency.

“No transparency whatsoever and there is limited information on those with side effects and deaths after my repeated request,” he said.

Meanwhile, at the weekend deputy director-general Dr Nicholas Crisp told the Sunday Times that the government was launching a website to bust myths and answer questions.

“[On this] website everybody will be able to see what is an adverse event, what has already been reported, how to report and what the investigations found so far. All of that is due to go live next week,” he said.

Crisp said the website would be available on the SA Health Products Regulatory Authority website because Sahpra had the statutory responsibility for reporting on pharmacovigilance.