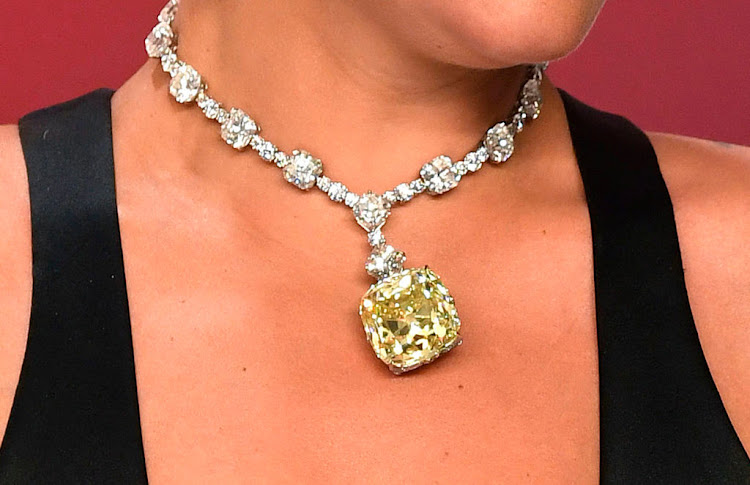 Beyoncé has landed in the middle of a “blackwashing” furore for wearing a yellow diamond mined in SA in 1877.

The singer wore the enormous 128-carat Tiffany diamond in an advertising campaign for the New York City luxury goods company.

The “About Love” campaign, with a series of photographs also featuring Beyoncé's husband, the rapper Jay-Z, said the 39-year-old singer “becomes the first black woman” to wear the jewel.

It said this reflected the company’s “continued support towards underrepresented communities” and pledged $2m for scholarships at historically black colleges and universities.

But in a Washington Post column headed “Sorry, Beyoncé, but Tiffany’s blood diamonds aren’t a girl’s best friend”, Ghanaian-American commentator Karen Attiah said the singer's decision to wear the diamond “does not celebrate black liberation — it elevates a painful symbol of colonialism”.

Charles Tiffany, the founder of the jeweller, bought the diamond after it was dug out of the Big Hole in Kimberley 144 years ago.

The British colonial authorities' treatment of black miners at the time set the pattern for racial segregation under apartheid and foreign profiteering from Africa's natural resources, said Attiah.

“If black success is defined by being paid to wear white people’s large colonial diamonds, then we are truly still in the sunken place,” Attiah wrote.

Before Beyoncé, only three women wore the diamond. Most famously, Audrey Hepburn wore it in publicity photographs for the 1961 film Breakfast at Tiffany’s.

According to The Sun in the UK, the singer was surprised to learn about the history of the jewel. “Beyoncé is aware of the criticism and is disappointed and angry that she wasn’t made aware of questions about its history,” an unnamed source told the paper.

“She thought that every final detail had been better, but now she realises that the diamond itself was overlooked.”

Tina Knowles, Beyoncé’s mother, defended her daughter in a statement on Instagram — where the singer shared the Tiffany photographs with her 203-million followers — asking critics to check the provenance of their own jewellery.

“How many of you socially conscious activists own diamonds? I thought so! Well guess what did you go to try to check to see where the diamond came from? Probably not.”