Honouring struggle veteran will be followed by name changes at other government buildings in Bay, says premier 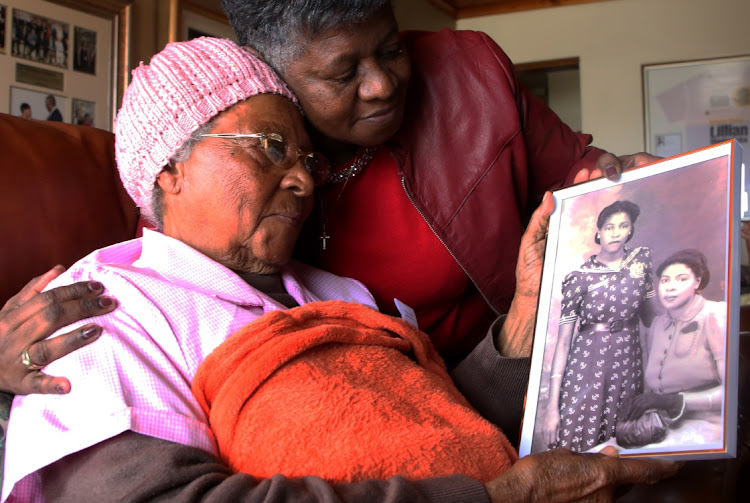 ANC veteran Lillian Diedericks, 95, and her daughter, Eugene Plaatjies, with a photograph of Diedericks and her older sister, Magdalene Swartbooi, who was murdered in Schauderville in 1971. Diedericks was honoured on Monday when  the State House was renamed Lillian Diedericks House.
Image: FREDLIN ADRIAAN

He described the name State House, the official office of the premier, as being synonymous with the Ciskei homeland and the Bhisho Massacre, where 28 people were shot dead and scores injured in 1992 when soldiers opened fire on protesters.

The premier said they had now thrown the old name into the dustbin of history.

He said while buildings were renamed in honour of struggle heroes, the best way to honour Diedericks was to eradicate gender-based violence and femicide.

“Renaming this building is the least we can do for this heroine of our struggle.

“But if we could end the GBV and femicide scourge, that would be a great way of honouring mama Lillian and her class of brave women.

“Mama Lillian Diedericks and 20,000 other women didn’t take a stand against the brutal apartheid regime so that their children and grandchildren could be brutalised today,” he said.

The Eastern Cape government will be renaming State House in Bhisho, the official office of the premier, after veteran activist Lillian Diedericks
Politics
1 year ago

“Bhisho State House was synonymous with the repressive Ciskei homeland regime, which was the offspring of the apartheid regime.

“The Bhisho Massacre was cooked in this State House.

“Some of the soldiers of the Ciskei Defence Force who shot senselessly on peaceful demonstrators on the fateful day of September 7 1992, were standing at the gates of this building.

“The name Bhisho State House reminds us about our painful struggle for freedom.

“By renaming this building, Lillian Diedericks House, we want it to be synonymous with selfless service, humility, commitment, progress and accountability.” 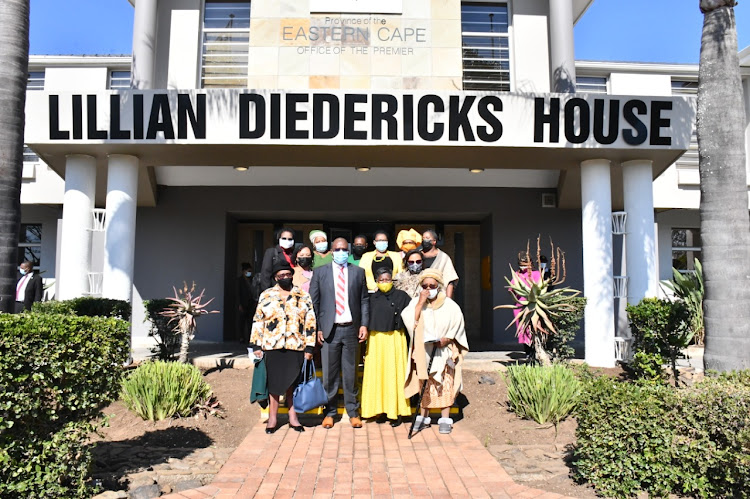 Diedericks was one of the women who famously led a march to the Union Buildings in Pretoria to demand an end to pass laws on August 9 1956, a day celebrated as Women’s Day in a democratic South Africa.

She called on women to be united like the 1956 group.

“Do not backstab the other women, fix their crown,” she said.

Plaatjies also called on men to play an active role in their children’s lives, particularly boys.

“Show young boys how to treat women then we will have fewer killings of women,” she said.

The name 'Smuts Hall' is no more, decides UCT council

The University of Cape Town’s oldest men’s residence will no longer be known as Smuts Hall after the university council decided to implement a name ...
News
11 months ago

Mabuyane also said while there might be people opposed to the renaming project, pointing at the costs associated with it, no value could be placed on transformation.

He also challenged people to write books, and shoot films and documentaries about the history of struggle stalwarts, saying history was no longer told by the conquerors.

“If we don’t properly record our history, you’d find a situation whereby the 1956 march would be erased in 100 or 200 years from now.”

Mabuyane said they would be in the Bay in the coming weeks to rename some government buildings in honour of other women who had played a role in the fight against apartheid.

“I want to make it clear that we should not, and must not, be apologetic for honouring our heroes and heroines like mama Lillian because we owe them a debt we could never repay.

“She belonged in a class of special people.

he Buffalo City Metro council recently approved name changes for at least three places, including the provincial police headquarters and a library in ...
News
3 years ago

“The class of 1956 women never betrayed their struggle and fought valiantly for years until they achieved what they were fighting for,” he said.

Legislature deputy chair of chairs Tony Duba described Diedericks as a selfless leader while ANC MP Cedric Frolick spoke highly of Diedericks, saying she had paved the way for the current generation of leaders.

“We are standing on the shoulders of giants like Aunt Lilly.”