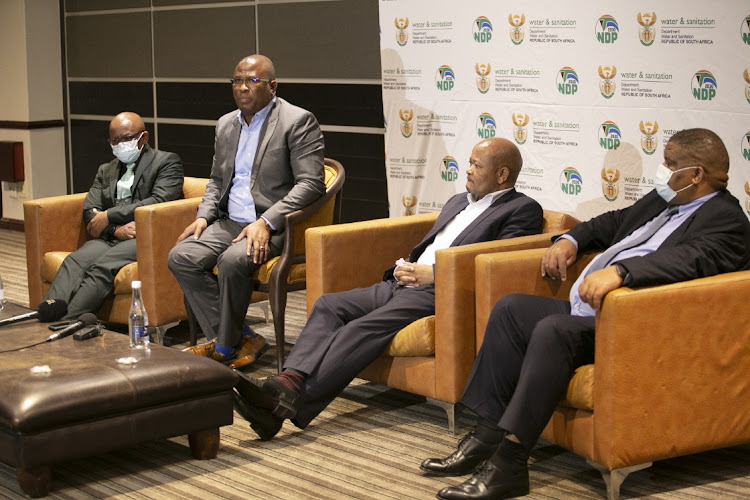 Eastern Cape premier Oscar Mabuyane is embarrassed that the Mzimvubu Water Project, which has been in the pipeline for decades, has still not been completed.

“The Mzimvubu project which we are still discussing, was officially launched as far back as 2014 by the then state president.

“It cannot be, that we are still not sure when it will take off and whether we have a budget for it or not. It’s embarrassing really.”

Mabuyane was speaking at a press briefing with the water & sanitation minister Senzo Mchunu in East London where they had an engagement with the province’s leadership about water issues affecting the Eastern Cape.

“The Mzimvubu project is a key catalyst that we believe if done perfectly will help change the socio-economic outlook of the people across the Kei.

“More than 25% of our people across the Kei do not have bulk water infrastructure and those who do, still have no water coming from their taps.”

The OR Tambo district municipality has big economic development and service delivery plans but the “political turmoil” that engulfs the council ...
Politics
5 months ago

Mabuyane said areas like Sarah Baartman and the Nelson Mandela Bay (NMB) districts were getting closer to day zero as time went by.

“The south western part of our province has been plunged into a drought situation for a long time.

“Drought in the Sarah Baartman and NMB areas has been a chronic problem and we need to realise that water is not only critical for consumption but also for industrialisation and agriculture.

“The issue of drought remains a challenge in the province and has been persistent for more than seven years.

“It remains a sore point in these two districts and we are looking at it on a technical and scientific level with the assistance of national government.”

The slashing of budget allocations was also highlighted as a major issue that weakened municipalities’ water provision efforts.

Mchunu will visit the Tsomo water treatment works which seeks to bring a permanent water solution to Chris Hani and Amathole districts; the Ndlambe Amatola water project and the seawater reverse osmosis plant in Port Alfred.

Flagstaff residents who have been without clean running water for the past three years are accusing their water authority district, OR Tambo, of ...
News
4 months ago

Mchunu said one of the ways to alleviate water woes in the province was to fast track the planning and implementation process so that water could be delivered to the people.

“We know we require about R20bn for the Mzimvubu project and we hope by the time we leave here we will have reached a common understanding with the Eastern Cape government, to say what the first step will be.”

Mchunu acknowledged that there were issues in municipalities but said government needed to ensure that water provision did not collapse.

“We hope we will have addressed the issues of debts by municipalities to the department and water boards.

“While there is gap between national government and provinces in terms of monitoring projects, we need to implement what has been agreed upon and get water to the people.

“Let’s also do what we can with the available funds so we can say we were able to use 100% of the budget we received and it was used properly.”

“This is a dehumanising health hazard and falls into part of our priorities on an urgent basis.

“There are efforts that have been done but we are working against an extended drought that affects densely populated areas.

“There is an emphasis on the need for us to work together, because when there is no water people do not care where it comes from, but they expect it where they live.”