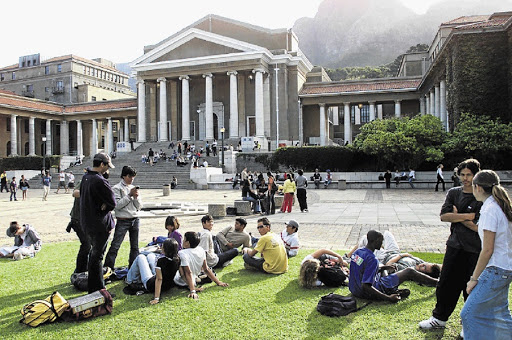 The universities of Cape Town, Stellenbosch and Wits have once again topped global rankings as the leading academic institutions in Africa.

According to the 2022 Times Higher Education World University Rankings, released on Thursday, the UCT once more ranked as the leading African university, claiming 183rd spot, followed by Stellenbosch University at 251 and Wits University, which was also at position 251 but with slightly fewer points than Stellenbosch.

The University of Oxford, which led the way in the global search for a Covid-19 vaccine, has been named the world’s number one university for a sixth consecutive year, followed by Harvard University, and the University of California. About 1,660 universities from 99 countries were ranked.

“Stellenbosch University’s consistent performance on the World Universities Rankings bodes well for the institution’s vision of being ‘Africa’s leading research-intensive university, globally recognised as excellent, inclusive and innovative, where we advance knowledge in service of society’,” said Prof Hester Klopper, deputy vice-chancellor for strategy and internationalisation.

“What is even more encouraging is that Stellenbosch University managed to improve on most of the indicators used by the World Universities Rankings. This is no mean feat taking into account the pandemic and especially the challenges faced by universities in emerging economies.”

The latest Academic Ranking of World Universities 2017 records five South African tertiary institutions in the top 500‚ with the University of ...
News
4 years ago

“It is very gratifying when we gain international recognition in our quest to provide solutions to societal problems through world-class research and scientific programmes, ” she said.

The World University Rankings are the only global performance tables that judge research-intensive universities across all their core missions, namely teaching, research, knowledge transfer and international outlook. Klopper said one of the huge improvements by the university in the past year was on industry income that concerns knowledge transfer and a university's ability to attract funding in the commercial marketplace.

Teaching, research, including the number of published academic papers, reputation for research excellence, income and citations all contributed to the ranking.