Justice committee gets down to business on Hlophe impeachment 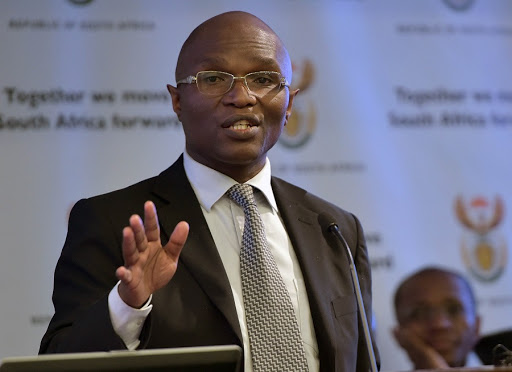 Parliament’s justice & correctional services committee has kick-started the process of evaluating the processes followed by the conduct committee of the Judicial Service Commission (JSC) in reaching its decision that Western Cape judge president John Hlophe is guilty of gross misconduct.

Hlophe was found guilty by the JSC of having attempted to influence two Constitutional Court judges, Bess Nkabinde and Chris Jafta, on a matter related to former president Jacob Zuma that was pending before the court. The JSC found that he had  seriously threatened and interfered with the independence, impartiality, dignity and effectiveness of the apex court.

Committee chair Bulelani Magwanishe said after a meeting of the committee on Wednesday night that the committee will draw up a report on the findings and processes that it will submit to the National Assembly, which will then vote on the matter. A two-thirds majority vote in favour is necessary for the removal of a judge.

The matter was referred to the justice committee by speaker of the National Assembly Nosiviwe Mapisa-Nqakula after the JSC referred its finding to parliament.

The justice committee will not decide on the merits of the matter as this is the purview of the JSC and it has to respect the separation of powers, parliament’s legal adviser Barbara Loots told MPs in a briefing. It will not be able to run a parallel process of inquiry.

The committee decided that all the relevant documents would be distributed to members so that they could be studied and that parliament’s legal advisers would present a summary of the JSC’s finding on Hlophe. There was also the possibility that a member of the JSC will brief the committee on its finding.

An issue raised by African Christian Democratic Party MP Steve Swart was whether members of the committee such as himself who had filed complaints about Hlophe on an unrelated matter before his impeachment issue had been dealt with should recuse themselves from the committee to ensure that its proceedings were unbiased and fair.