Teen 'crushed' by tyre while playing with friends at school: Netcare 911 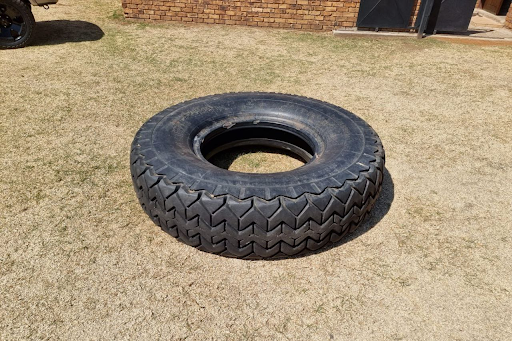 A 14-year-old boy was seriously injured when this tyre landed on top of him while he was playing a game with friends, Netcare 911 paramedics said.
Image: Supplied / Netcare911

A 14-year-old boy was taken to hospital with “serious internal injuries” after he was “crushed” by a tyre, paramedics said.

Netcare 911 spokesperson Shawn Herbst said the incident took place at a high school on Gauteng's East Rand at about midday on Monday.

“Reports indicate that a group of friends were playing roller games with a large tyre when it became unbalanced, landing on a 14-year-old boy. A nearby sports coach who heard the calls for help managed to lift the tyre off the boy,” said Herbst.

The teen was treated at the school's first-aid room.

“When paramedics arrived, they found that the child had serious internal injuries. He was treated on scene while a Netcare 911 helicopter ambulance was activated. Once stabilised, the patient was flown to a specialist medical facility.”

The family of a six-year-old Eastern Cape grade R pupil crushed to death by a municipal grader in a busy street outside school premises at noon ...
News
4 weeks ago