POLL | Should the R350 grant be increased? 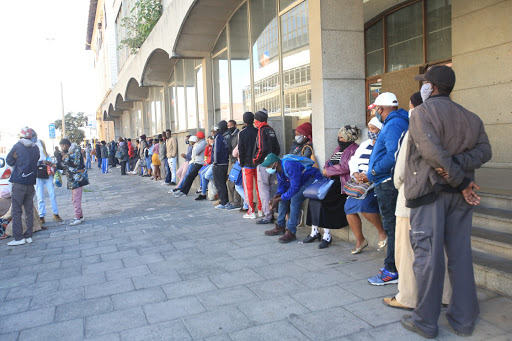 Calls for an increase to the R350 social relief of distress grant have again been thrust into the spotlight, with EFF leader Julius Malema saying “government should pay out more”.

Speaking at the EFF's election campaign in Sebokeng, Gauteng, Malema said the grant should be increased but not made a permanent solution.

According to Malema, the increase would be a measure to “restore the dignity of a black person”.

“The EFF doesn’t want R350; they must give you more — but not as a permanent solution,” he said.

Here's what those declined messages mean.
News
10 months ago

The grant was reinstated by President Cyril Ramaphosa in July and is set to end in March 2022.

According to the department of social development, the grant is “intended for persons in dire material need who are unable to meet their families’ most basic needs”.

Should the R350 grant be increased?

Speaking on the occasion of the EFF's eighth anniversary earlier this year, Malema said he was suspicious of the extension to only until March 2022. He claimed it may be used as a political tool to campaign for votes.

Malema said, at the time, the grant should be made permanent and the value increased to a respectable amount that would have a meaningful impact.

Last year, he also made the same call, saying the government should increase the grant to R1,000 “if you want peace in this country”.

Earlier this year, former public protector Thuli Madonsela joined many petitioning for the grant to be increased, to at least R585 per month.

Madonsela urged many to sign the petition calling for Ramaphosa to increase the grant until it is turned into basic income support.

“If we don’t act, this grant could come to an end,” she said.