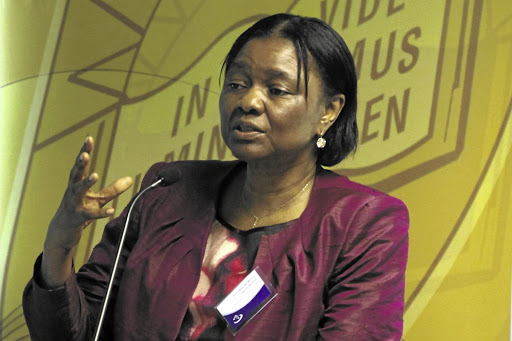 Deputy minister in the presidency for women, youth and persons with disabilities, Prof Hlengiwe Mkhize, has died at the age of 69.

Mkhize, who was also an ANC NEC member, passed away in the early hours of Thursday after a short illness, according to communications director in her office, Shalen Gajadhar.

“We wish to extend our heartfelt condolences to the family, friends, colleagues, comrades, and the many citizens affected by this tragic news.

“Deputy minister Mkhize served this country with an unwavering spirit and her contribution to advancing the democratic goals of this country will be remembered for the longest time.”

Mkhize was first appointed a member of the National Assembly in 2009 and served in various positions.

During her appointment, she sought to “deal with the question of ensuring that the youth are educated and skilled for employment”, according to parliamentary records.

Minister in the presidency, Jackson Mthembu, has died of Covid-19 related complications
News
10 months ago

Mkhize had been acting as minister since 2019. Before that, she served as minister of higher education and training and as deputy minister in the correctional services and telecommunications ministries.

Mkhize also served as SA’s ambassador to the Netherlands from 2005 to 2008.

“My condolences to her family and her organisation, the ANC. She rose to prominence when she was one of the TRC commissioners. A very passionate individual about her work. RIP Sisi.”

Mkhize’s death is the second to have struck the presidency this year. Minister in the presidency Jackson Mthembu died of Covid-19 related complications at the age of 62.