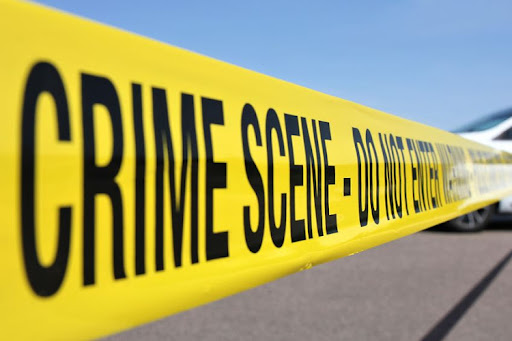 An Eastern Cape man has been arrested for the alleged murder of his girlfriend.
Image: bwylezich / 123RF Stock Photo

Neighbours of a 25-year-old Eastern Cape woman made a gruesome discovery when they found her half-naked lifeless body lying on the floor of her home.

The woman's boyfriend, also aged 25, was arrested after he was found asleep in bloodstained clothing by police.

Police spokesperson Capt Lariane Jonker said the woman's body was discovered during the early hours of Monday morning at her Zitwana, Middleburg, home.

“It is alleged that the 25-year-old deceased female and her boyfriend were drinking at a local tavern on Sunday and went home after an argument.

Former police officer Nomia Rosemary Ndlovu complained of pain caused by the leg irons she was shackled in on Monday when she took to the stand in ...
News
2 months ago

“At about 00:41, passing neighbours noticed an open back door of the deceased's house and discovered her half-naked lifeless body lying on the floor, with injuries to her head.

“On further investigation, Middelburg detectives discovered the suspect still sleeping in bed with blood stains on his clothing.”

The man was expected to appear in court on a murder charge.