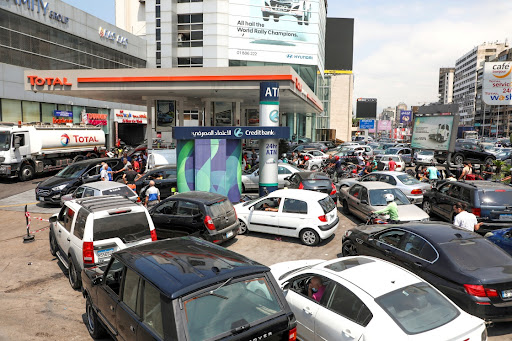 People wait in cars to get fuel at a gas station in Zalka, Lebanon, August 20, 2021.
Image: REUTERS/Mohamed Azakir/File Photo

Lebanon raised gasoline prices by 16% on Wednesday, the second hike in a week, cutting a subsidy on imported fuel which the new Prime Minister Najib Mikati has said the nation cannot afford.

Lebanon, which had already hiked fuel prices by 37% on Friday, is grappling with a deep economic crisis that has caused a currency collapse and left the cash-strapped government with a rising subsidy bill on a range of imported items, including fuel.

An energy ministry source said the new fuel prices were based on an exchange rate of 14,000 Lebanese pounds to the dollar, compared to an official rate of 1,500 to the dollar before the crisis erupted in 2019.

The new rate for calculating fuel prices matches the one announced by the central bank's foreign exchange platform, Sayrafa, on Tuesday although it remains below the parallel market where one dealer was buying dollars at 16,000 pounds.

Until now, Lebanon had been subsidising the price of gasoline by providing dollars to importers from the central bank at heavily subsidised exchange rates.

Lebanese President Michel Aoun called an emergency meeting to discuss a worsening fuel crisis on Friday but was rebuffed by the prime minister as ...
News
1 year ago

The stated aim of the subsidies has been to help consumers hit by the financial collapse. Critics say the system has drained hard currency reserves and created huge incentive for smuggling and hoarding, leading to crippling shortages.

Lebanon is suffering from what the World Bank has described as one of the sharpest depressions in modern times.

Lebanon's currency has slumped more than 90% since 2019, more than three quarters of the population have been driven into poverty, the banking system is paralysed and a hard currency crunch has led to shortages of vital imports, including fuel.