Mapisa-Nqakula says parliament will abide by court decision on Hlophe 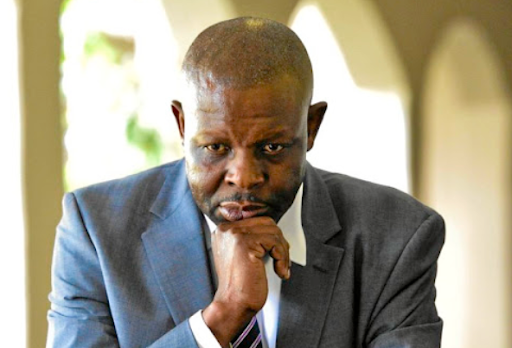 Hlophe approached the Gauteng High Court on an urgent basis last week seeking an interdict to stay parliament's impending impeachment process against him and the process for his suspension by President Cyril Ramaphosa.

The hearing is scheduled for Wednesday.

Every man for himself: where’s Zuma to help you now, Hlophe?

Unfortunately for the fallen ones, the former president is too busy fighting his own battles to help them
News
4 months ago

The Judicial Service Commission (JSC) in August decided by a majority that Hlophe was guilty of gross misconduct for a 2008 complaint by all the-then justices of the Constitutional Court. The ConCourt justices complained that he had sought to influence the outcome of cases, then pending before their court, related to corruption charges against former president Jacob Zuma.

The JSC’s decision was then sent to parliament, which must still, in terms of the constitution, decide whether to impeach.

In response to Hlophe’s application, Mapisa-Nqakula opted to file an explanatory affidavit, focusing on the separation of powers and the constitutional responsibility of the National Assembly regarding the removal of a judge in terms of Section 177 of the constitution.

“She will contend that the National Assembly is in its constituency period until November 3, 2021, in line with the local government elections timetable.

“As such, the deliberations on the impeachment process may practically only take place after the constituency period. Therefore, the applicant can accordingly have no apprehension of the process proceeding until November 2021,” said parliament spokesperson Moloto Mothapo on Tuesday.

Western Cape judge president John Hlophe has urgently gone to court for an interdict to stay parliament's impending impeachment process against him ...
News
4 months ago

Hlophe will also ask the Johannesburg high court — in Part B of his application - to declare that the August 25 meeting at which his guilt was decided was unlawful because the JSC was not properly constituted. This was, he argued, because neither the chief justice nor deputy chief justice were there, as required by the constitution.

Constitutional Court Justice Sisi Khampepe “was neither the chief justice nor a deputy chief justice at the taking of the JSC decision on 25 August”, he said.

Also, Hlophe said, neither the president nor deputy president of the Supreme Court of Appeal were there and an attorney, supposed to represent the attorneys' profession in terms of the constitution, was also absent.