What you said: Dali Mpofu's arguments were 'all a show' in Zuma special plea hearing 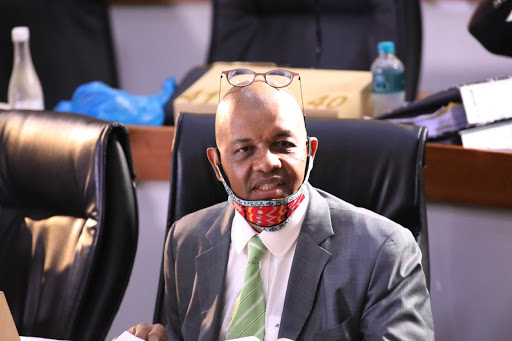 Advocate Dali Mpofu had the nation talking this week when he defended Jacob Zuma in the Pietermaritzburg high court.

Judge Piet Koen reserved judgment in the matter on Wednesday and indicated he would need several weeks to make a “proper” judgment on the plea. The case was postponed to October 26.

Zuma was not in court for the proceedings because his Gauteng-based doctors advised that he remain close to them. This despite the legal team appointed by the state saying he is fit to stand trial.

Zuma is calling for the removal of the lead prosecutor in the case, advocate Billy Downer. Mpofu told the court Zuma believed his right to a fair trial would be jeopardised as Downer was not impartial.

The advocate also accused the National Prosecuting Authority (NPA) of being “vultures” and allegedly harassing the former president. He slammed the state for insisting on examining Zuma before Zuma's own doctors had completed their report and said there was no need for NPA doctors to examine Zuma.

He added that it not just an issue of privacy but also “national security”.

“Anyone who reads the affidavit will be clear that the entitlement to even ask for medical examination would only arise after the medical report had been completed. The mere threat to conduct such an examination prematurely with no legal title, that was prosecutorial misconduct of the first order.

“This issue is not just about privacy, it also has national security implications because we are talking about a former head of state here.”

TimesLIVE ran a poll this week asking readers what they thought of Mpofu's arguments.

A large majority of readers (85%) said it was “all a show”, while 9% said Mpofu did well and was one of Mzansi's best and 6% said they would wait for the outcome of the case.

On social media, some praised Mpofu while others labelled him a “useless showman”.

“He's powerful! I like his charisma and confidence. The zeal to win,” wrote Deneni Nkhwashu.

“A useless showman floundering around and talking for hours with no understanding of the law. He contradicts himself and insults the court,” said Francoise Hannah Phillips.

Proof that this black excellence is a myth