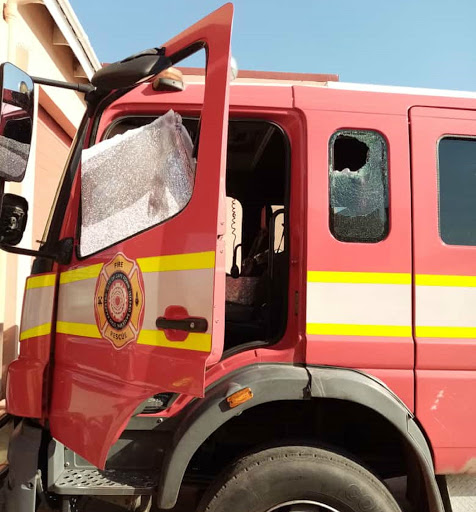 Cape Town fire and rescue services reacted to a report of a burning Wendy house in Tafelsig, Mitchells Plain, during the early hours of Friday morning.
Image: City of Cape Town

Three Cape Town family members died in a shack fire in the early hours of Friday.

“A family of three died in an early morning fire in Tafelsig on Friday,” Carelse said in statement.

“At 1.45am, the city's fire and rescue service was alerted that a Wendy house in Tunnel Street was on fire and crews from Mitchells Plain, Khayelitsha and Ottery fire stations were dispatched.”

Five impounded vehicles were destroyed by a fire at the Rustenburg traffic department in North West.
News
8 months ago

Carelse said the family members had already died when firefighters arrived on the scene.

“On the scene, firefighters found two informal dwellings ablaze and the bodies of the father, mother and their daughter were discovered among the debris,” said Carelse. “The fire was extinguished at 3.08am and the scene was handed over to the SA Police Service.”