Short illness claims life of son of minister in the presidency 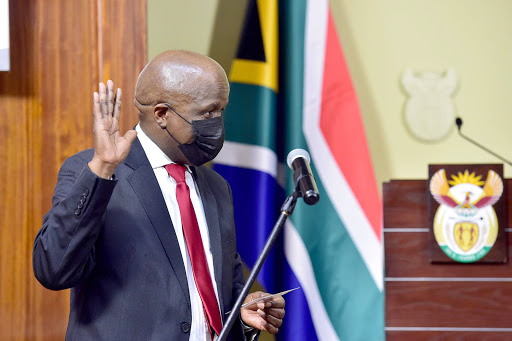 Minister in the presidency Mondli Gungubele is mourning the death of his son, Karabo, who passed away on Friday.

Extending its condolences to the minister, the ministry said Karabo, 32, had died after a short illness.

No further details were given.

“Minister ... Gungubele is deeply saddened by the untimely passing of his son,” the ministry said in a statement.

Karabo, who held a BSc in mathematical science, was working as a quantitative analyst at First National Bank at the time of his death.

Funeral details will be released later.

Mondli Gungubele says those supporting and " running around" Zuma need to explain themselves.
News
8 months ago