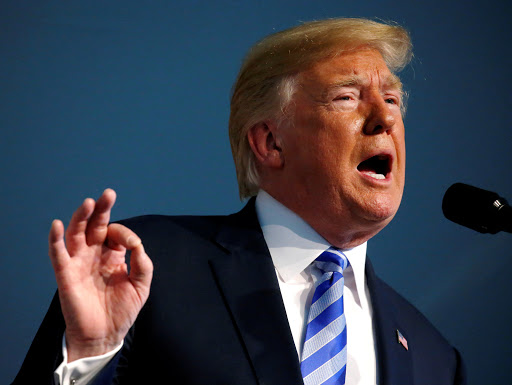 Hillary Clinton has blasted US president Donald Trump following reports that he wants the identity of the whistle-blower who laid a complaint against him revealed.

Last week, Trump made headlines as he faced impeachment after transcripts of a phone call between him and Ukrainian President Volodymyr Zelensky were made public.

The transcripts revealed that Trump used his power to coerce Zelensky into digging dirt on Hunter Biden, the son of former US deputy president Joe Biden, who will contest the elections in 2020.

"There is a lot of talk about Biden's son, that Biden stopped the prosecution of his son, and a lot of people want to find out about that, so whatever you can do with the [US] attorney-general would be great."

The transcripts also reveal that he wanted an investigation into the company involved in FBI's inquiry into Russia's 2016 election interference.

On Monday, The New York Times reported that Trump wants the identity of the complainant revealed, saying he deserves to meet his "accuser", regardless of the law's protection of the whistle-blower's anonymity.

On Twitter, Clinton gave Trump a piece of her mind.

The president is a corrupt human tornado.

This followed two tweets in which Trump continued to cry victim while he said that the laws which allow for the protection of whistle-blowers have been changed to target him.

Does this whistle-blower even exist? No, says Trump.