'I must take my hiding like a big boy': Attorney who hurled 16 F-bombs at judge faces disciplinary hearing 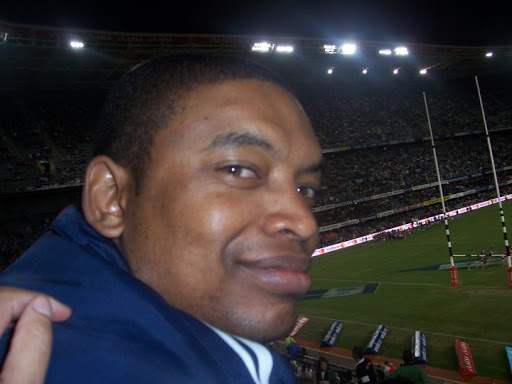 Darren Sampson, the lawyer who insulted a judge, will appear before a disciplinary hearing.
Image: Darren Sampson via Facebook

Lawyer Darren Sampson is prepared to take his "hiding" as he faces a disciplinary hearing next month for launching an expletive-laden tirade at a judge last year.

Judge Tasneem Moosa was the main target of his angry outburst during a virtual hearing in September 2020, as he hurled at least 16 f-bombs at the judge.

“Fuck you, judge — and all the other judges!” he said.

Speaking to TimesLIVE on Wednesday, Sampson confirmed that he had received a letter calling for him to appear for a disciplinary committee on several charges, including misconduct and bringing the legal profession into dispute.

The Legal Practice Council (LPC) confirmed that it had written to Sampson requesting that he appear in person at the hearing on October 14.

The Johannesburg lawyer who was caught on video insulting a judge has “unreservedly” apologised for his conduct.
News
1 year ago

“With regard to my conduct on September 16 2020, this could have easily been avoided and the honourable justice has my sincere and unreserved apology for the events which transpired,” he said in a letter.

In February, it was reported that the LPC wanted the Pretoria high court to suspend Sampson from practising law. At the time, the council said it would hold a disciplinary hearing against Sampson.

In a letter to Sampson on September 14, the LPC informed him that he had to appear, in person, before a disciplinary committee on a number of charges.

Sampson said would attend the hearing.

“I must just go and take my hiding like a big boy. There is nothing I can do about it. All I ever wanted was to be medically boarded,” Sampson said.

He said the LPC had his medical reports, which proved he was not fit to practise.

“I have got nothing to hide. I do suffer from [mental illness]. There is nothing I can do about it,” he said.

He said he had not spoken to Moosa since he sent the letter of apology.

An attorney who hurled insults at a Johannesburg high court judge on Wednesday has blamed the sequence of events on frustration and a medical ...
News
1 year ago

LPC spokesperson Sthembiso Mnisi said the letter sent to Sampson was confidential. He would not comment further on the matter.

“He [Mnisi] can confirm its authenticity. It will also be premature for us to pre-emptively say what the decision of the disciplinary committee will be,” Mnisi said.

Sampson was employed by the department of justice and constitutional development until April 2020 as a senior assistant state attorney. He had applied to be medically boarded, but the department instead dismissed him for “absconding” from work.