According to the SIU report, Mkhize lied to the nation when he denied involvement with Digital Vibes 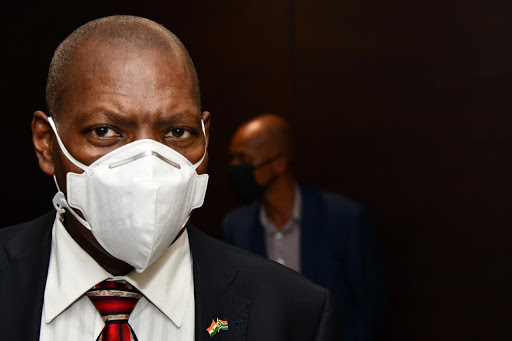 There were just 1,376 new cases of Covid-19 cases in the past 24 hours, health minister Dr Zweli Mkhize said on Monday.
Image: GCIS

Former health minister Zweli Mkhize lied to the media and South Africans during a briefing on May 26 when he denied involvement with Digital Vibes.

This is contained in the Special Investigating Unit (SIU) report which was made public on Wednesday. The unit investigated the questionable contract awarded to media company Digital Vibes to handle communications relating to the NHI and subsequent Covid-19 campaigns.

The presidency said on Wednesday President Cyril Ramaphosa had authorised the release of the report.

“This was done in the interest of fairness and in terms of the Promotion of Access to Information Act (PAIA), following a number of PAIA applications by persons and parties who wished to have sight of the report,” said the presidency.

President Cyril Ramaphosa has given the green light for the release of the Special Investigating Unit's final report into the health department's ...
Politics
3 months ago

The Daily Maverick reported in May that Digital Vibes was awarded the R150m contract through a closed tender process.

The publication further revealed that Mkhize's “associates” Tahera Mather and Naadhira Mitha were appointed to powerful positions at Digital Vibes. Mather was the minister's long-serving spokesperson and Mitha was his assistant.

Mather and Mitha were also cited in the report as Mkhize's close associates and having had massive control at Digital Vibes.

Mkhize distanced himself from Mather and Mitha, saying the relationship between him and the pair was strictly professional.

“I also do not regard any of these individuals whose names have been mentioned publicly as personal friends, but they are certainly my comrades. I have worked with them in the ordinary course of my political or official duties and this is not unusual,” he said.

Eight officials from the national health department are implicated in the Special Investigating Unit report in connection with the R150m contract ...
News
3 months ago

Asked about Mitha, he said she had resigned from her job as his PA and that he only learnt later that she had joined Digital Vibes.

“It was only after several months of the resignation that I was alerted by my office that Miss Mitha was working for a communications company.

“This came about as they reached out to my office to make an appointment to do various TV and radio recordings for a Covid-19 awareness campaign,” said Mkhize.

He also denied that he had benefited from the deal.

What the SIU report says

According to the report, Mkhize lied to the media and South Africans when he denied knowledge of the pair and distanced himself from Digital Vibes.

He and his son Dedani are directly implicated in dealings with Digital Vibes.

Payments made to the Mkhizes include R6,720 which was for repairs for a property belonging to the former minister.

On Mkhize's denial, the report it was "objectively speaking, untrue, as the minister’s son and the minister himself (via property belonging to him) had directly benefited from Digital Vibes, who in turn had benefited from the NDOH contracts.”