Civil unrest: Majority of smaller claims to be paid by month-end 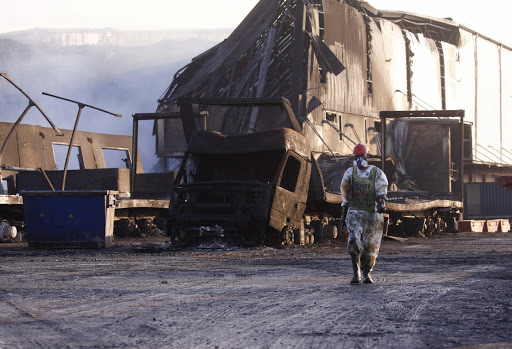 A member of a hazardous waste clean-up crew at a warehouse targeted during looting in Durban in July. File photo.
Image: Rogan Ward/Reuters

Smaller businesses are being prioritised by the state insurer, two months after the civil unrest in KwaZulu-Natal and Gauteng that left businesses looted, destroyed and burnt.

The Treasury and SA Special Risk Insurance Association (Sasria) said so far claims amounting to over R5.8bn have been paid.

All claims below R1m are to be settled and paid in full as quickly as possible , the entities said.

Sasria said it is determined to settle 80% of all claims between R1m and R30m by the end of October.

It has started making interim payments on larger claims, and aims to ensure that at least 30% of total claim value for big claims is paid in the next couple of weeks.

“Sasria has engaged with industry partners and reached an agreement that the damaged properties will rather be rebuilt, than do cash in lieu payments. Collaborative work with loss adjusters and the industry will be done to ensure that the buildings are rebuilt.”

The government, as Sasria’s sole shareholder, has committed to stand in as the entity’s insurer of last resort to enable Sasria to meet all its policyholder commitments.

The National Treasury has indicated that R3.9bn will be disbursed to Sasria after the conclusion of the recently tabled Special Appropriation Bill parliamentary processes.

This is intended to assist Sasria in meeting its obligations until the end of the current financial year, which ends on March 31, 2022 .

“The National Treasury is aware, through regular engagements with Sasria, that additional government support will be required, and is therefore working closely with Sasria to finalise the actual financial support need,” it said. “The final additional support is dependent on how swiftly Sasria can finalise the total claim amounts.”

It is expected that the additional support which has been flagged in the recent special appropriation will be concretised in the 2022 Budget.

Currently, Treasury said, Sasria has sufficient reserves including through its reinsurers to meet all valid claims.