Court to listen to recording made after Nathaniel Julies was shot 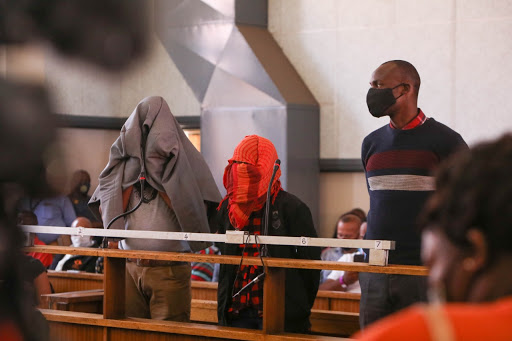 The high court in Johannesburg on Wednesday decided to listen to a recording made by Const Mandla Dumisane Sithole on August 26 following the killing of Eldorado Park teenager Nathaniel Julies.

Judge Ramarumo Monama proposed the court listen to the 33-minute recording without making a determination on whether it is admissible.

The recording was made by Sithole using his cellphone after Julies was shot.

This is when a plan was allegedly hatched that other police officers would be misled to believe there was a gang-related shootout and Julies was caught in the crossfire.

The recording was made when police officers who were allegedly present when Julies was shot were later at Chris Hani Baragwanath Hospital, where Julies was declared dead.

Sgt Simon Ndyalvane had transported Julies to the hospital after the teen was shot near Hillbrow Flats in Eldorado Park.

Two of the police officers charged with murdering Nathaniel Julies allegedly shot at people at a tuck shop on two separate occasions before the fatal ...
News
2 months ago

The defence objected to the admission of the recording, alleging it was not properly procured.

Const Caylene Whiteboy, Ndyalvane and Sgt Vorster Netshiongolo are facing charges in connection with the murder of Julies, a 16-year-old who lived with Down syndrome.

Whiteboy and Ndyalvane have been charged with the murder of Julies. Ndyalvane and Netshiongolo also face counts of unlawful possession of ammunition.

All the accused also face a count of defeating the ends of justice, while Netshiongolo is facing a count of perjury. They have pleaded not guilty to all the charges.

The court heard on Wednesday that Ndyalvane had allegedly shot at people using a shotgun on a number of occasions before Julies was shot in August last year.

On Tuesday, Sithole testified that Whiteboy and Ndyalvane had allegedly shot at people in a tuck shop on two separate occasions before the fatal shooting of Julies on August 26.

When asked by the prosecution on Wednesday whether Ndyalvane had shot at people with a shotgun before August 26, Sithole testified he had.

He did not remember how many times Ndyalvane shot at people, but said it was on numerous occasions during the lockdown.