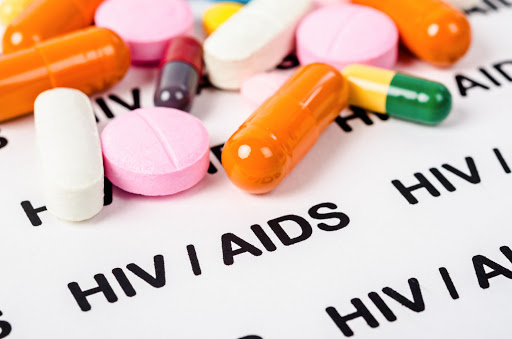 A former soldier who tested HIV-positive is alleged to have lied about his status to a woman with whom he had unprotected sex and who later also tested positive.
Image: 123rf.com/PENCHAN PUMILA

A trial of a former SA soldier accused of intentionally infecting a partner with HIV has been postponed due to the unavailability of his attorney.

The 45-year-old soldier, who cannot be named to protect the identity of the woman who is a complainant, appeared in the Pretoria magistrate’s court on Wednesday.

The trial, initially set down for June, was postponed to this week because a new prosecutor was assigned to the case and the accused changed his legal representation.

The man, who was employed as a staff sergeant by the military and was stationed at the special forces unit in Phalaborwa, was charged with attempted murder and faces an alternate charge of rape under false pretences.

It ends with me. That is the message the Eastern Cape Aids Council (ECAC) wants  to drive home with its new Undetectable equals Untransmittable ...
News
2 months ago

According to the charge sheet, the man tested HIV-positive in the army sick bay in Phalaborwa in October 2007. This was confirmed after further laboratory testing.

“Immediately after the outcome of the testing, the accused was informed by military medical staff that he was HIV-positive,” read the charge sheet.

In December 2016, the accused became romantically involved with a soldier employed as a corporal in the SA Air Force with whom he had protected and unprotected sexual intercourse on several occasions from December 2016 to April 2017.

It is alleged the accused never revealed his HIV status during this time.

Subjected to the same testing, the woman had tested negative in August 2016. The charge sheet states the woman tested positive in April 2017 after having been infected by the accused.

According to the charge sheet, the accused fraudulently misrepresented to the complainant that he was HIV-negative.

The decades-long research for an HIV vaccine has hit another setback after another vaccine candidate failed in a large-scale African study.
News
2 months ago

On Wednesday, while the state mentioned it was ready to proceed, the matter had to be postponed as the defence attorney was not present and did not send a representative.

When asked about his attorney’s whereabouts, the accused said: “He is not feeling well.”

The state prosecutor told the court the defence attorney had informed him he was on his way to the doctor.

The prosecutor requested a postponement to Oct. 13, stating he had already spoken to the defence attorney and he had confirmed his availability for that day.

The accused, however, objected to the suggested date, stating he had money problems as he had to travel to court. He said he was borrowing money to travel.

“I have been attending postponements, I have spent four years without a job. Now I’ve got a job and I am staying in Phalaborwa,” he said.

After phoning his attorney, the accused said he will be available on October 20.

The matter was postponed for the appearance of the defence attorney to set a new trial date.