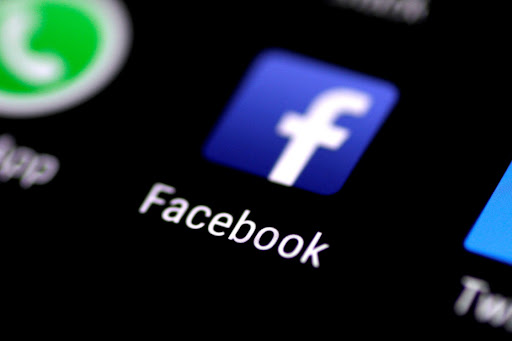 Social media giant Facebook says it is working on technology that will help to connect buildings, homes and smart devices to its growing undersea and overland fibre network faster and cheaper, as part of its push to connect more people across Africa to the internet.

Facebook’s increased investment in connectivity comes at a time when the company is facing negative media coverage after an outage which left its main services including WhatsApp and Instagram — with close to 3-billion users combined — offline for six hours on Monday.

In addition, the company is facing allegations from a whistle-blower who said it knowingly promotes harmful content to its users.

In recent years, Facebook has invested heavily in infrastructure that helps more people connect to the internet. Google and Amazon have done well in developed countries, but connectivity issues in some developing nations hold back many potential users from accessing the services provided by the Silicon Valley giants.

Facebook is seeking to mitigate this by investing in 2Africa, an undersea cable system set to be the largest in the world.

Outside 2Africa, Facebook has stepped up its efforts to gain its next billion users through a new partnership with Strive Masiyiwa’s Liquid Intelligent Technologies to build a fibre network in the Democratic Republic of the Congo.

Undersea cables are a strategic asset for telecoms and internet companies to hold.

Ibrahima Ba, Facebook’s director of network investments in emerging markets, said these efforts were meant to increase internet penetration on the continent while making it easier for the company to distribute its services.

“The investment in sub-sea cables is not just for us. It’s for the ecosystem. It also allows Facebook to bring its content closer to the users. 2Africa is going to allow us to make sure that Facebook content is available in SA, Nigeria and all of these countries.”

Having such infrastructure in place allows Facebook to have local data centres, which improves the quality of service for service users in each country.

Facebook would not say how much it is spending on this infrastructure. Bloomberg previously reported that the 2Africa cable was expected to cost $1bn. The company has also developed a robot to streamline the fibre-laying process.

In trying to connect as many people as possible to the internet or other communications services, telecoms operators often face the high cost of connecting devices and homes to their networks. This is referred to as “last-mile” connectivity and is why telecom companies MTN and Vodacom have spent up to R10bn each to expand their networks.

With fibre connectivity from the ocean and on land already accounted for, the company founded by Mark Zuckerberg in 2004 has developed a technology called Terragraph to provide fibre-like internet wirelessly.

Unlike a traditional fibre service which has underground cables on streets and into homes, Facebook uses hubs connected to a fibre network. The hubs connect wirelessly to homes, saving costs for the company. 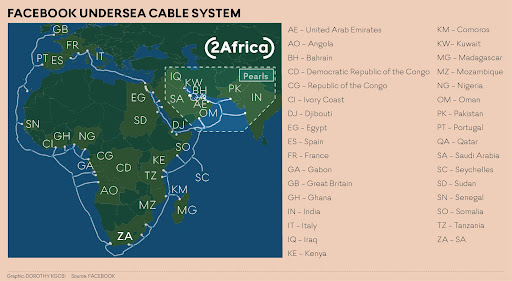 Facebook is not the first company to use wireless technology to address the last-mile problem. MTN and Liquid Telecom have taken similar approaches in dealing with rural connectivity where the low number of users limits the level of telecoms investment and the availability of internet services.

Ba says Facebook’s technology is set apart by using unlicensed radio frequency spectrum and is not meant for mobile networks.

“We don’t deal directly with mobile operators and internet service providers. We license the technology for free to device manufacturers from whom the operators can purchase the equipment,” he said.

To date, manufacturing partners have shipped more than 30,000 Terragraph units to more than 100 service providers and system integrators around the world.

So far the technology is being used in places such as Anchorage in Alaska and Perth in Australia. For Africa, Ba says “we do already have a deployment with Tizeti in Nigeria under testing”. Tizeti is an internet service provider in the West African country.