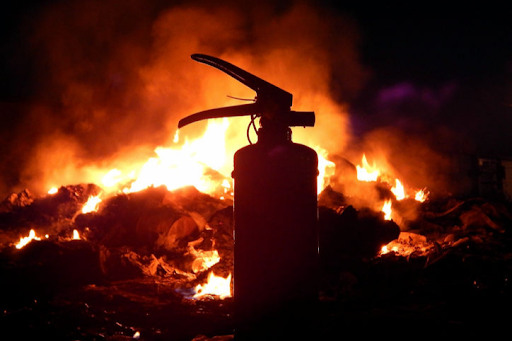 The police are investigating the cause of a fire at Creswell House in Newlands, and the subsequent death of an elderly tenant. Stock photo.
Image: anyvidstudio/123RF

A Cape Town police officer, his wife and two of their children died when a fire gutted their home on Friday evening.

“Police reports indicate a tenant on the premises heard screams after 21:30 coming from the main house and went to investigate,” said Potelwa.

“The tenant tried to gain access to the house.  The bodies of  the 48-year-old police sergeant and his 38-year-old wife were discovered in the bedroom of their home in Ringwood Street, Wesbank, Mfuleni.

Heritage day was spoilt for at least five families whose cars seemingly spontaneously combusted at the Cedar Junction Family Resort in Pretoria on ...
News
10 months ago

“Their two children, aged eight and four years, were found in the passage already dead. All deceased persons are suspected to have died of smoke inhalation. Meanwhile, the deceased couple’s 18-year-old daughter, who suffered burn wounds, is currently in hospital. Her 11-month-old child was also admitted to hospital for smoke inhalation.”

Potelwa said the cause of the fire is being investigated.

“Western Cape provincial commissioner Lt-Gen Thembisile Patekile has conveyed condolences to the family of the deceased. The names of the deceased will be released once their next of kin have been informed,” said Potelwa.