Winde says claims were misleading, adding residents from areas including the Cape Flats have inadequate police to population ratios 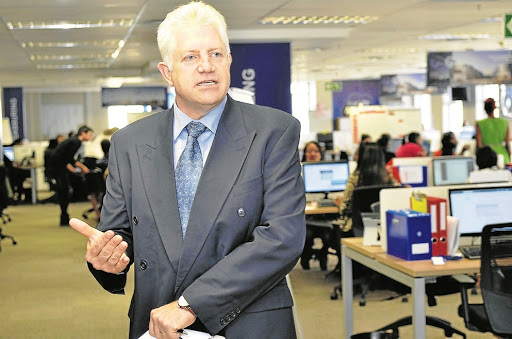 Claims the Western Cape has sufficient policing resourcing are untrue and an insult to poor communities which often fall victim to violent crimes, provincial premier Alan Winde said at the weekend.

He was responding to police minister Bheki Cele’s statement that the province and KwaZulu-Natal get the biggest chunk of the budget to fund their policing resources. Cele was addressing residents in Mitchells Plain and engaged them about their policing and crime-related concerns.

He said the Western Cape must use these resources equally among all its residents.

The minister described as “lies” and “disingenuous” claims about national government not doing enough to support the Western Cape.

Winde said Cele’s claims were misleading, adding that residents from areas including the Cape Flats have inadequate police to population ratios, a deficiency he blamed on the failure by national government to properly resource these areas.

“This is not news to the minister, his ministry or his department since we have been telling him for years through our constitutionally mandated Policing Needs and Priorities report.

“We, therefore, call on the minister of police to do the right thing and to correct his statement. He should use this correction to instead commit to providing more policing resources to the police in the Western Cape, especially to the crime hotspots in our poorest communities,” said Winde.

Should community policing forums be given more power?

An angry Cele said national government had deployed police officers from different provinces to work in the Western Cape, efforts he said have gone unnoticed by the provincial government.

He accused the Western Cape government of politicising crime, saying provincial and national governments must work jointly to protect their communities.

“Let us stop fighting over the levels of government. Let us come together. Let national government, provincial and local government do things together and let’s do things right,” said Cele.

DA leader John Steenhuisen said last week if the party is elected into power, it would fight crime and provide safer communities by “taking back the streets from criminals”.

“Ultimately our goal is to devolve much of the policing functions from national government to competent metros and municipalities, and we will fight national government’s attempts to bring all metro police departments and municipal law enforcement into one centralised police service. We will take this fight all the way to the Constitutional Court if we must,” said Steenhuisen.