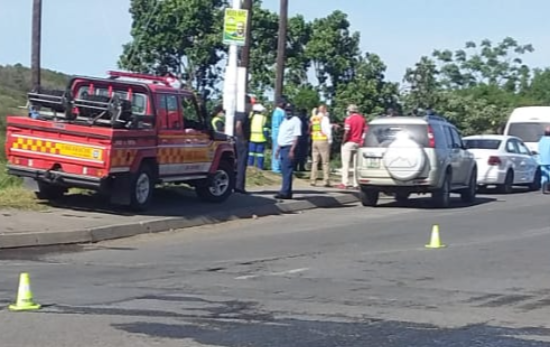 Police discovered the body of a man floating in a stream at the bottom of an embankment in Mdantsane on Tuesday morning.
Image: SUPPLIED

Eastern Cape police made a gruesome discovery while accompanying law enforcement officials who were busy removing illegal electricity connections when they found the body of an unknown man floating in a stream at the bottom of an embankment in Mdantsane on Tuesday morning.

Eastern Cape police spokesperson Captain Nkosikho Mzuku told DispatchLIVE that Mdantsane police were investigating an inquest after the discovery of a man's body in a steep embankment on a stream crossing towards Silver Town informal settlement, NU1.

“Police and Buffalo City Metropolitan Municipality law enforcement officials responsible for the removal of illegal electricity connections (Izinyoka) were summoned to the scene and discovered the body of a man in a steep embankment using the services of the K9 search and rescue dogs,” said Mzuku.

“The body was found soon after the illegally connected electricity cables were removed by the Buffalo City Metropolitan Municipality Law Enforcement officials.”

Mzuku said the circumstances surrounding the incident were not clear and the investigation continued.