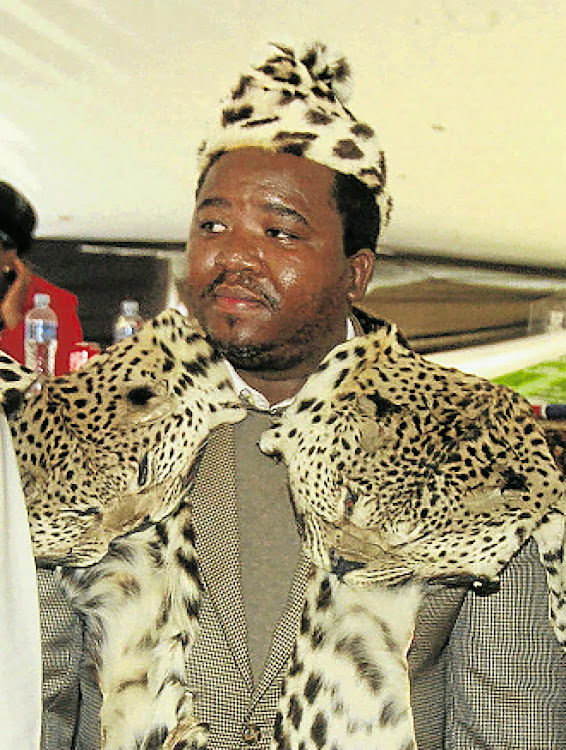 King Ndamase Ndamase says the Port St Johns harbour project is long overdue and will be a boost for the coastal town.
Image: LULAMILE FENI

Much-needed development is finally headed for Port St Johns and its harbour.

The popular Wild Coast town is home to one of three small harbours across the country that was set to benefit from R60m provided by the national government for its development back in 2019.

Public works minister Patricia de Lille revealed in parliament in September that the process of obtaining a procurement instruction was under way.

This follows questions that were posed by DA MP Samantha Graham, who wanted to know what progress had been made regarding the project two years after the funds were made available.

Graham told DispatchLIVE on Monday that there had been a lot of song and dance when the proclamation of the funds was made in 2019, but that there was still no physical evidence showing work had been done.

“What I found is that the small harbours unit is very under-resourced and as a result there doesn’t seem to be much movement when it comes to these small harbours.

“The department of public works, in its responses, didn’t give time frames for anything to happen, which is a problem because that way you can’t hold anyone to task.”

Cyril to check on Wild Coast projects as tensions rise

President Cyril Ramaphosa will be in the province next week to check on the progress of two major projects, the construction of the Msikaba and ...
News
1 month ago

Public works received technical grant funding from the People’s Republic of China for the development of economic and feasibility studies for the harbours in Eastern Cape, Northern Cape and KwaZulu-Natal.

The Chinese ambassador to SA, Lin Songtian, previously praised the area’s potential for an economic boom.

He told the media two years ago that investors from his country were serious about their commitment.

“We want to see how feasible it is to build a small harbour in Port St Johns. We want to know how we can encourage more investment from China to the Eastern Cape, particularly in the Coega region.

“The province is a favourite place to work together between SA and China.”

Port St Johns is home to about 6,500 people and attracts a healthy number of tourists every year.

This is despite its underdeveloped state and the many promises made to revamp the seaside town, which the Dispatch has written about numerous times.

The Wild Coast is a world-renowned beach holiday and coastal adventure destination, but it is also a region that has among the fewest jobs per capita ...
News
3 months ago

AmaMpondo AseNyandeni King Ndamase Ndamase said while the project had not been officially brought to his attention, it would benefit many local people and those in surrounding areas.

“I’m aware of [the project] and it is long overdue. This will have great spin-offs for tourism. The contract given to the Chinese must be drafted in a manner that will ensure local people are protected from exploitation.”

Responding to questions on the project, De Lille said they intended to implement the recommendations of the feasibility study to repair the existing slipway.

“The identification of existing data and studies was the first step under the GBS programme, and has been completed.

“With the existing data, the department intends to focus the funding on actual maritime infrastructure, and therefore did not commence with the development of spatial and economic development frameworks.”

She said no funds had been withdrawn from the GBS programme as all the current work had been completed in-house by the small harbours directorate in conjunction with the respective coastal regional offices.

“It should be noted that the allocation has not been lost and is carried forward until the funding is requested by the department,” she said.