The municipality faces not only service delivery problems but a political crisis which has seen it having two mayors, two speakers and two municipal managers representing two warring ANC factions. 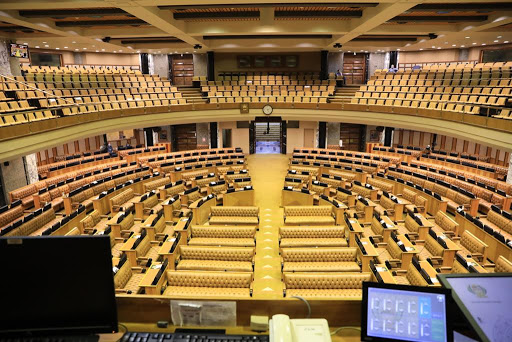 The National Council of Provinces on Wednesday approved the dissolution of the Tswaing local council. File photo.
Image: GCIS

With less than three weeks before the local government elections, the National Council of Provinces on Wednesday approved the dissolution of the Tswaing local municipality in the North West.

This follows last month's decision of the North West government to dissolve the municipality, which faces not only service delivery problems but a political crisis which has seen it having two mayors, two speakers and two municipal managers representing two warring ANC factions.

This is Tswaing's third intervention by the provincial government since 2010.

Addressing a specially convened virtual sitting to approve the dissolution, the chairperson of the NCOP's select committee on co-operative governance and traditional affairs, China Dodovu, said the dissolution would last until a new council was elected and assumes office after next month's municipal elections.

The North West government will then have to ensure that a recovery plan is implemented.

‘The ANC will and has to win all the metros’: Mboweni’s election prediction gets tongue wagging

Dodovu said a decision to dissolve the council invoking section 139(1)(c) of the constitution was taken by the provincial government last month and seconded by co-operative governance and traditional affairs minister Nkosazana Dlamini-Zuma.

He said the decision was taken because of exceptional circumstances that warranted a dissolution.

Among the problems highlighted by the provincial government were the collapse of service delivery where there was an interrupted supply of water due to lack of maintenance and nonpayment of water services, municipal inability to maintain a service delivery fleet, generally poor maintenance of operational infrastructure,  union members closing municipal offices, and the municipal public accounts committee not functioning.

The province said Tswaing could not meet its short-term obligations and owed creditors about R354m as at June 2021, with R54m owed to Eskom.

It also cannot pay third-party transactions to pension funds, staff medical aids and funeral policies of members due to “cash flow challenges”. It adopted an unfunded budget, the council heard.

The NCOP called on the North West Cogta MEC to ensure the appointment of a qualified and competent administrator.

“The appointed administrator, including the intervention team, should deal with all problems and challenges of the municipality, including disciplinary action of any employee, and where possible, opening of criminal cases on matters related to corruption and financial mismanagement,” it said in its recommendations to the provincial government.

The Western Cape did not support the dissolution, with Cathy Labuschagne [DA] saying dissolving a municipality less than three weeks before a local government election was no indication that the elephant in the room had been identified. She said there was no guarantee the three week dissolution would be successful.

Labuschagne said the constant replacement of administrators, their failure to successfully comply with their terms of reference, and the instability of the section 100 intervention in the North West raised concerns about the value of section 154 assistance from the national and provincial governments.

“Further than that, the deep-rooted endemic rot, the inability to address political issues of ill-discipline of councillors, fraud and corruption, financial mismanagement and maladministration confirms a dysfunctional council but without a doubt a collapse of administration,” she said.

Labuschagne said institutionalised corrupt and fraudulent business principles, the lack of delivery of basic and essential services, and the blatant theft of tax money should motivate Cogta to identify the elephant in the room.

She said the NCOP needed to ensure that the provincial government implemented section 154 support effectively at the earliest signs of mismanagement and maladministration, and if necessary, invoke section 106 of the Systems Act.

Political parties have to ensure their councillors are disciplined and well educated in the legislative values of local government, she said.