Holiday letting to be phased out at Pretoria's Blyde 'beach' estate 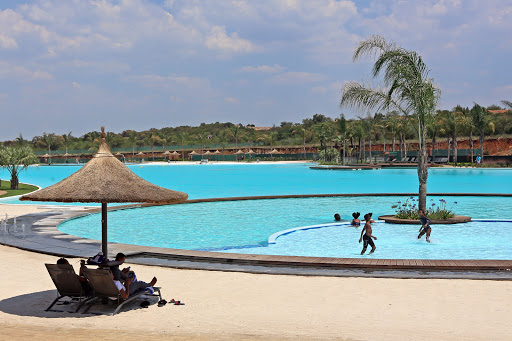 'You don’t go to Club Med to sit with everyone else.' This is why the Blyde at Riverwalk Estate in Pretoria has an exclusive lagoon for residents only.
Image: Thapelo Morebudi/The Sunday Times

Pretoria's “beach” will no longer have guests for the weekend after a meeting with homeowners voted in favour of preventing “loud” short-stay visitors who “bring in cooler boxes and party in the parking lot”.

Balwin Properties, the developers of the Blyde Riverwalk Estate, confirmed on Thursday evening that short-term letting would likely be phased out. They said an official statement would be released on Friday.

This comes after an ongoing spat between some homeowners living permanently at the lagoon location, and those letting their homes for holidays.

Consumer spending is recovering better than expected in most categories, as Covid-19 lockdown regulations have eased.
News
1 week ago

Speaking to TimesLIVE he said: “Despite numerous attempt to have a constructive engagement with HOA [homeowners' association] ... the estate management and Balwin pushed for a vote against short-term leasers — Airbnb owners — for a hotel.”

Selebe was commenting on the plans to build a hotel on the estate.

Balwin has said they were considering a hotel, but had not made any plans as of yet. Some short-term lessors believe the estate wants them out so Balwin can profit from the hotel — a claim the developers deny.

Selebe said the meeting with all residents collapsed.

“Another meeting was called via Zoom. Ultimately voting happened and Balwin won the majority vote [and] out-powered everyone. One of the board members objected to the meeting, saying that not all was done to ensure that the meeting was held in a proper manner,” he said.

He said short-term lessors were given until November to close their lettings.

Meanwhile, a dispute about regulations has been registered at the Community Schemes Ombud Service.

Selebe said: “The only hope we have right now is that CSOS rule in favour, or something.”

The Pretoria estate has about 900 owner-occupied or long-term rented apartments and 200 short-term rental apartments. Balwin says that another 2,000 units are being built.

The estate's popularity with tourists, however, led to a clampdown on landlords renting properties for short stays after complaints about crowds and noise.

Coronavirus divorced us from the province, but now it is time to find love again. This was the message from provincial tourism bosses, who ...
News
1 month ago

The estate set new regulations last month to restrict the number of day visitors by increasing fees to use the lagoon from R100 to R250 a person.

At the time Balwin said the regulations were to prevent overcrowding.

“We had people stealing extra access cards, bringing cooler boxes with booze in and partying in the parking lot,” Balwin said.

The homeowners' association, who are predominantly Balwin members as the developers still own the majority of the estate, also decided to double levies and add a R2,500 deposit for short-term lending guests.

The regulations also limited all homeowners to guests determined by the size of their apartment. One-bedroom was limited to one access code to the lagoon and two guests, two bedrooms to two access codes and four guests and so on

Disgruntled homeowners said the HOA was taking unilateral decisions adversely affecting them and the issue came to a head when some residents toyi-toyed outside the estate resulting in an emergency meeting where it was decided that homeowners would all vote on the matter.