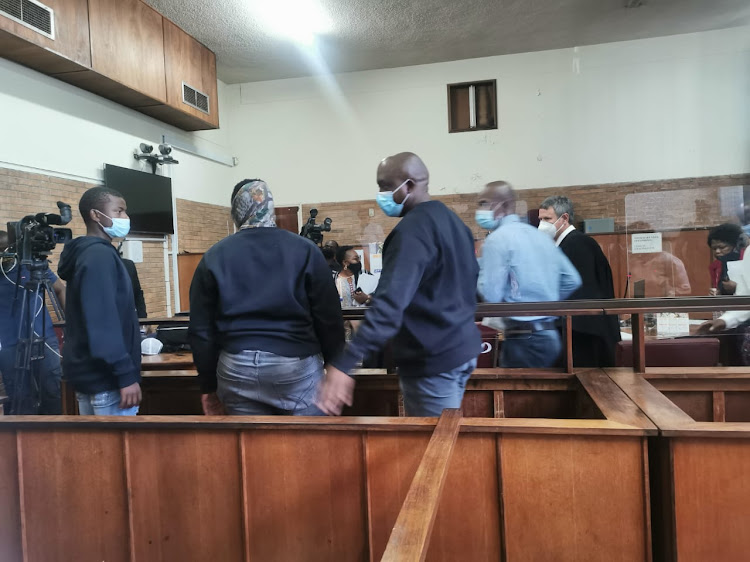 Former Mpumalanga agriculture MEC Mandla Msibi, right, and his co-accused were granted bail of R20,000 each on Tuesday.
Image: NPA

Their case was postponed to December 6 for further investigation.

The Nelspruit magistrate's court, where fired agriculture MEC Mandla Msibi, was due to appear for a second day on Wednesday, was evacuated due to a ...
News
1 month ago

Msibi was arrested last Monday on two murder charges and one count of attempted murder. He is alleged to have been involved in the fatal shooting of Dingane Ngwenya and Sindela Sipho Lubisi. Sfiso Mpila survived.

He spent the week and weekend in custody.

Msibi, who was a member of the ANC provincial executive committee, faces charges linked to the shooting incident on August 22.

He has been removed from his position as MEC .

The ANC in the province said his arrest and charge for the double murder would damage its election ambitions.