Specialised rescue under way at diamond mine to find trapped miners 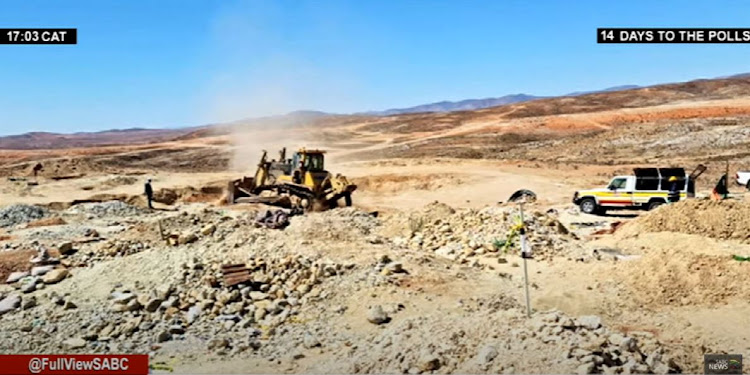 A screen shot of rescue operations underway at the Nuttaboy mine in the Northern Cape after the collapse of tunnels, which artisanal miners had dug.
Image: SABC

The rescue of at least 12 artisanal diamond miners trapped in collapsed mine tunnels in the Northern Cape will be fraught with difficulties.

The 12 were among dozens of miners working underground at the Nuttaboy Mine in Namaqualand when several handmade informal tunnels collapsed on Wednesday.

The diamond mine, owned by West Coast Resources, is on the outskirts of Springbok.

It is unknown how many illegal miners are alive or if any have died in the tunnels.

Ten miners died in 2012 at the nearby Bontekoe mine when a tunnel collapsed.

The Eminetra website is reporting that the alarm was raised after a miner, trapped in a shaft, managed to dig his way out on Wednesday.

He said rescue operations were running during the day, but not at night.

“Rescue missions have already begun. The mine on the west coast has also helped to find the place where the incident happened,” Cloete told SABC. 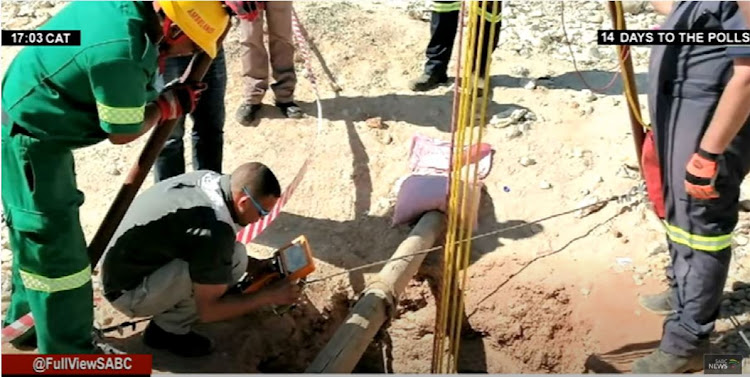 Rescuers at the entrance to a shaft at Nuttaboy mine in the Northern Cape. Several tunnels and shafts, which artisanal diamond miners had dug, collapsed last Wednesday trapping an estimated 12 miners underground
Image: SABC

Den Williams of Mines Rescue Services said they had dispatched people to the mine.

“They are currently investigating the incident and conducting an assessment.”

He said mine rescues were highly complex and fraught with danger.

“You cannot risk a life to save a life. Before a rescue is launched a thorough assessment has to be conducted.

“Assessments include investigating ground and underground conditions, ventilation, access routes and whether the rescue is because of fire or collapsed tunnels.”

He said collapsed tunnel and shaft rescues were extremely difficult.

“They require specialised stabilising equipment and systems, which are needed to support tunnel walls and roofs. This is required so one can gain access to sealed off areas.

“What makes tunnel collapse rescues very difficult is that you often have no idea of exactly where a miner is trapped. In the Northern Cape, tunnel sidewalls can easily collapse because of the soil structure.

“Collapsed tunnel rescues become digging operations. With these operations, which have to be done slowly because of instability, it often takes weeks to dig someone out.”

About 1,800 workers are trapped underground at a Sibanye Gold platinum operation after an incident in the shaft used to transport workers, the ...
News
3 years ago

He said equipment which they typically use in a rescue include specialised lifting, cutting and digging machinery and sophisticated camera systems.

“We also use what is known as a trapped persons location device. It is similar to a sonar device and can pick up the slightest movement from a trapped miner. It can pinpoint a persons location to within a few metres of where the movement was detected.”

He said before rescues were launched assessments were done to determine how many rescue teams and what equipment was needed.

“If we are dealing with underground fires, we usually have two teams at the incident site, with each team having its own specific tasks.”

He said SA had 950 mine rescue specialists, located at mines across the country.