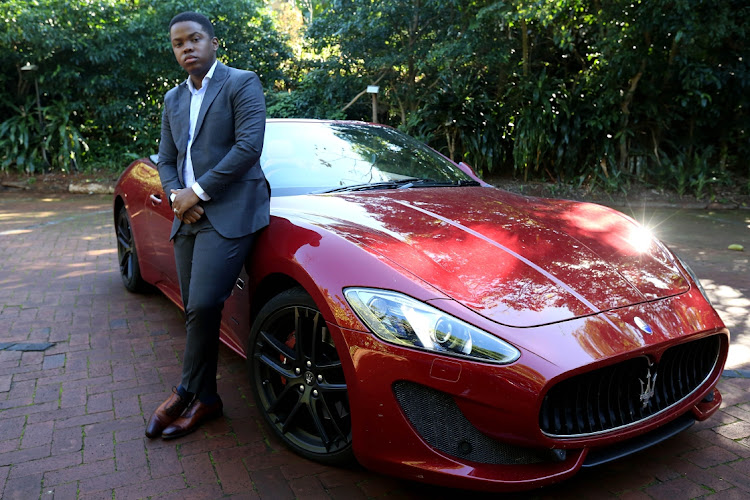 Forex trader Sandile Shezi became a millionaire at the age of 23, which allowed him to live a life of luxury. He was arrested for fraud on Wednesday when he handed himself over to police in Sandton. Picture: Thuli Dlamini
Image: Thuli Dlamini

National Prosecuting Authority (NPA) spokesperson Phindi Mjonondwane said Shezi appeared in the Wynberg magistrate’s court on Thursday. His case was postponed to November 24 and he is out on bail.

TimesLIVE reported on Wednesday that Shezi, who has been charged with fraud, handed himself over in the presence of his lawyers on Wednesday. He was charged for allegedly defrauding his business partner and shareholder in his business, Global Forex Institute, (GFI) out of R500,000.

GFI is marketed as a forex trading training institute, which helps people set up their own trading platforms.

A warrant of arrest was issued earlier this month for Shezi, who is reportedly SA’s “youngest millionaire”, and has no qualms about showing off his Mercedes-Benz G-Wagon and Maserati.