Chiefs coach Baxter to the critics: 'I wouldn't criticise a brain surgeon on social media' 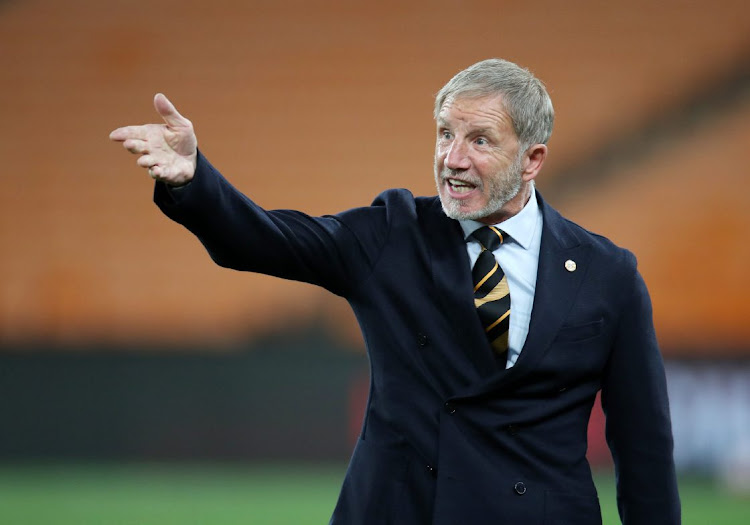 Kaizer Chiefs coach Stuart Baxter has fired back at his critics on social media and suggested he is not too bother by the abusive comments that are at times directed at himself and his players.

Several Chiefs players have been on the receiving end of some nasty comments on Twitter, Facebook and Instagram, especially when the club has lost matches. Baxter himself has not escape the abuse and has been the target of insults as he attempts to reawake the once mighty Amakhosi.

Some fans have even gone as far as saying he must be shown the door as he continues to experiment with his line-ups, lose matches and draw against less fancied opponents.

Chiefs captain Bernard Parker  has been a huge source of discontent among some of the fans over the years and his critics have never hidden their unhappiness with him. He will have silenced a lot of them on Sunday after he not only became Chiefs’ all-time leading scorer in the Premier Soccer League era after making his 360th appearance for the club in the league game against SuperSport United at the weekend, but also scored the two goals that earned the 2-1 win.

Bernard Parker scored twice against SuperSport United in Atteridgeville on Sunday evening to power Kaizer Chiefs to the top five on the DStv ...
Sport
9 months ago

The Briton admitted that he is aware of the comments that have been directed his way and at some of his players, but can do very little with some of the nastiness.

“I can't, I can't shield players from social media and what you can do is try to flag [the comments] for them [the players]," he said.

“You know, I would not criticise a brain surgeon on social media because I know nothing about it. With social media today, people are free to express their feelings whether they are qualified or not.

“And that tsunami then develops. I am sure Bernard [Parker] has experienced it, I have certainly experienced it. Steven Gerrard was talking about it the other day.

“What you can do is hope that people can deal with it because we need to work and deal with what is actually happening now, and not what social media will say if I am not successful, or what they have said because they make me a scapegoat.

“So, I think you can only prepare the players for that and you cannot shield them, unless of course he has no social media like me and then it is only what people tell you. And people are very willing to tell you 'they are slaughtering you on social media, do you know?' And I say 'No I did not know that, thanks for telling me'.”

Baxter will hope that Chiefs are able to keep up the momentum and carry their fighting spirit to their next outing against Stellenbosch at FNB Stadium on November 2.