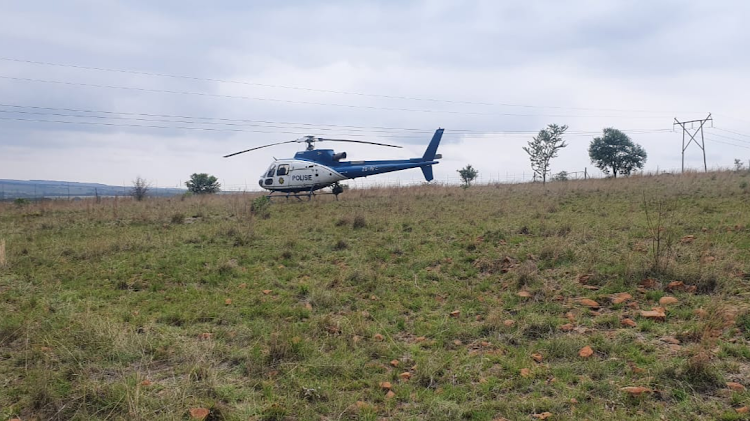 A police helicopter at the scene of the light aircraft crash.
Image: Emer-G-Med

A pilot has been killed after an aeroplane crash in Pretoria on Thursday afternoon.

According to Emer-G-Med, paramedics responded to the scene near Boschkop Road at about 2pm.

The light aircraft was found to have crashed in a field. The pilot, the only occupant, suffered fatal injuries and was declared dead.

January 2021 has been the worst month for aircraft crashes in SA since 'Black October' in 2008 when 26 people died in eight crashes.
News
11 months ago