Elections 2021: Very early days, but this is how SA’s metros are taking shape 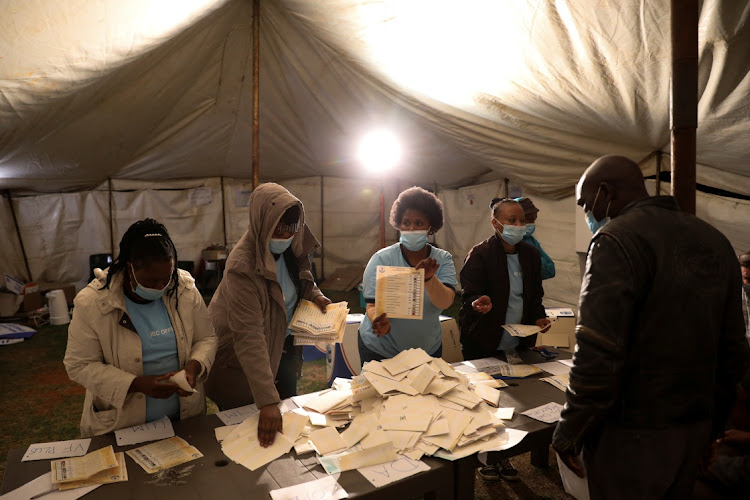 Election officials count ballots after the closing of the local government elections at a farm in Alewynspoort, outside Johannesburg, on Monday night.
Image: REUTERS/ SIPHIWE SIBEKO

It’s still early days as the vote counting starts after Monday’s local government elections. There is a long way to go, and the final picture of the big winners and losers will only be known down the line. At this stage, the situation is changing rapidly.

Nonetheless, it is worth having a look at the situation in the country’s metro municipalities.

Editor's note: This story will be updated periodically throughout the day as more results start coming in.

SA has eight metros — Buffalo City and Nelson Mandela Bay in the Eastern Cape, eThekwini in KwaZulu-Natal, Cape Town in the Western Cape, Mangaung in the Free State, and Ekurhuleni, Johannesburg and Tshwane in Gauteng — and these are going to be key battlegrounds given how tightly contested many of these were following the last local vote in 2016.

Below is the situation in each of these metros, with results correct as at 8am on the IEC website. We’ll start with the coastal provinces, and move inland. 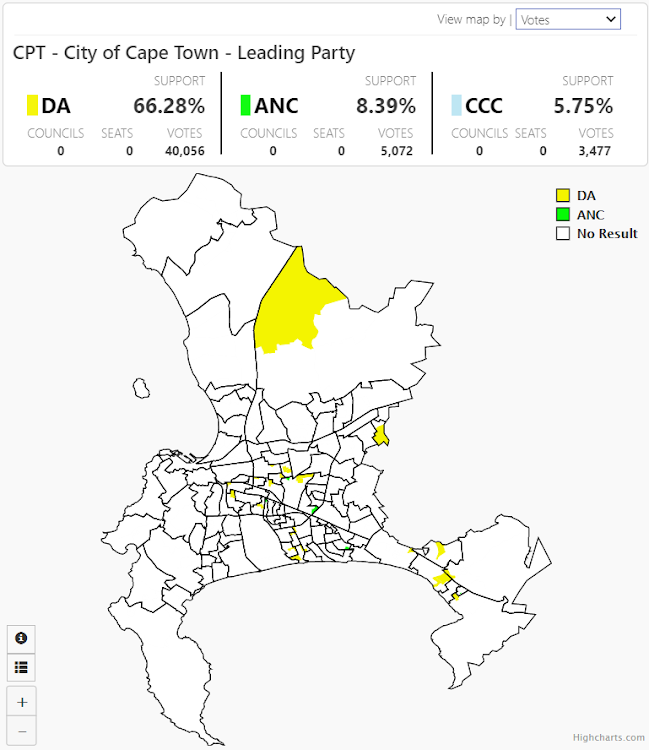 The picture at 8am of early results in Cape Town.
Image: IEC

A very slow start in Buffalo City, but the ANC was first out of the blocks.

Often the last metro to be concluded, the IEC website said there were “no results” available by 8am.

Another good start for the ANC in a metro where the party held strong even as performance dipped in other inland metros in 2016.

Moving to Gauteng, and it’s already looking like it’s going to be a tight race. In Tshwane, the ANC has the early lead, but they are separated from the DA by just 320 votes. 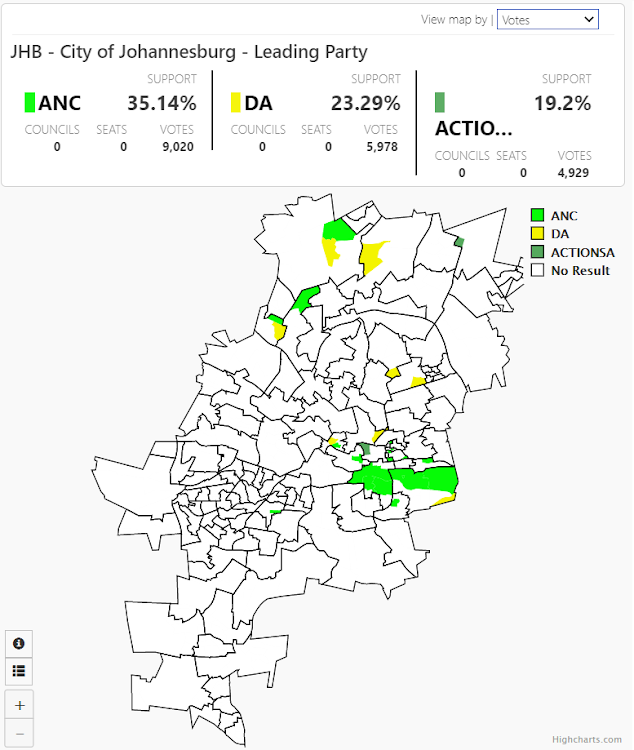 ActionSA made a strong start in the City of Johannesburg as early votes were tallied.
Image: IEC

Though it is still very early, it appears ActionSA is going to be a significant factor in Johannesburg, where party leader Herman Mashaba was mayor under the umbrella of his previous political home, the DA.

More votes had been counted in Ekurhuleni than any other metro by 8am, and it was the DA that led from those early results.