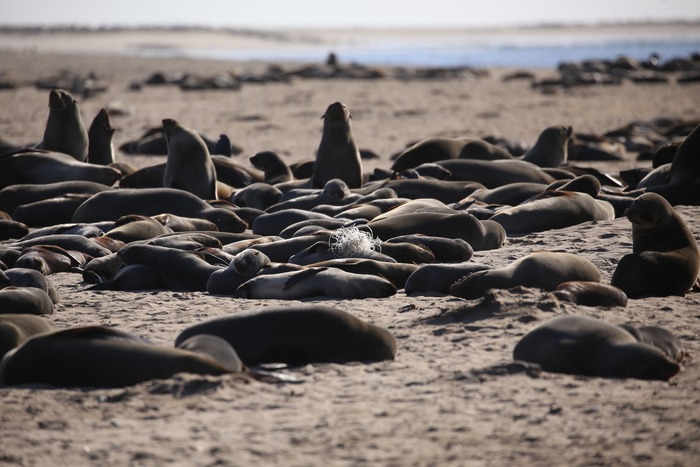 Members of the public have been urged not to feed seals despite concerns about malnutrition. File image.
Image: M Laubscher

Dead and dying seals have been sighted in several areas across the West Coast.

This comes amid a bird flu outbreak affecting seabirds in the Western Cape but is believed to be unrelated.

The provincial disaster management centre said between Laaiplek and Dwarskersbos in the Bergrivier municipality region, 144 seals were buried on Tuesday and another 50 at Elandsbaai.

Local government, environmental affairs and development planning minister Anton Bredell said the provincial government and its partners have been looking into the matter over the past few weeks.

The dying seals are not linked to the avian influenza outbreak. Rather it appears the seals are dying due to malnutrition. The situation is being investigated

“The dying seals are not linked to the avian influenza outbreak. Rather it appears the seals are dying due to malnutrition. The situation is being investigated.

“We are urging the public not to feed any seals despite the concerns about malnutrition. The animals remain wild creatures and must not be made dependent on human interaction for survival.”

Bredell said the avian influenza crisis in the Western Cape is not over but the number of dying birds is on the decline.

On Monday about 150 dead birds were found across the province in the affected areas. Most were found on Dyer island, including 122 Cape cormorants.

“Efforts continue to address the ongoing outbreak. The public is also urged to continue to be vigilant and report unusual mortalities in any birds to their local municipality, conservation authority or state veterinarian. The SPCA and NSPCA can also be contacted.”