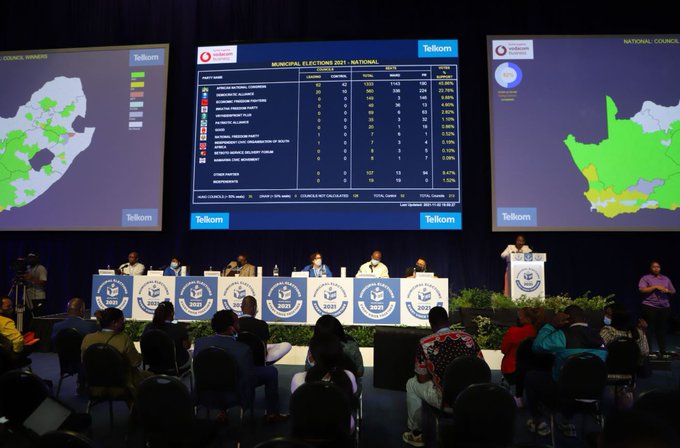 The results of Monday's local government elections are expected on Thursday evening.
Image: PRESIDENCY VIA TWITTER

The Electoral Commission’s (IEC) announcement of the final results of the 2021 municipal elections is scheduled for Thursday evening.

The IEC will make the announcement at its results operations centre at the Tshwane Events Centre, Pretoria, the presidency said in a statement. President Cyril Ramaphosa will deliver brief remarks at the event, his office said.

The announcement ceremony, which will be broadcast live, starts at 6pm.

Held on Monday, with special votes cast on October 30-31, these elections were the sixth in South Africa since the end of apartheid in 1994.