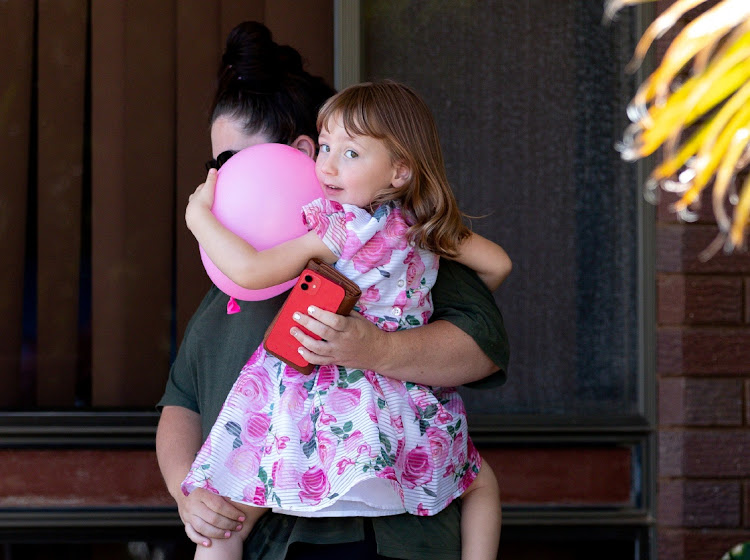 Cleo Smith and her mother Ellie Smith leave a house where the girl spent her first night after being rescued in Carnarvon, Australia, November 4, 2021.
Image: AAP/Richard Wainwright via REUTERS

The man charged with abducting a four-year-old girl from an outback campsite in Western Australia was flown 600 miles (960km) to a maximum-security prison in Perth on Friday, the state's Justice Department said.

TV footage showed the 36-year-old man walking shackled and barefoot from a police car to a light plane at an airstrip in the town of Carnarvon where Cleo Smith was found alive and well on Wednesday, 18 days after going missing.

In their first public statement since Cleo was found, her parents Ellie Smith and Jake Gliddon on Friday thanked everyone involved in her rescue and asked for privacy.

“We are so thankful that our little girl is back within our arms and our family is whole again,” their statement said.

A 4-year-old girl who went missing from an Australian outback campsite more than two weeks ago has been found "alive and well" in a locked house, ...
News
9 months ago

Cleo went missing from her family's tent in the early hours of Oct. 16 at the remote Blowholes Shacks campsite in Macleod. Police mounted an extensive search by land and air, set up roadblocks and scoured CCTV footage.

Officers found her after breaking into a locked house in Carnarvon, a town about 100km south of the campsite on the far northwest coast of the state.

The suspect is next due to appear in court on Dec. 6. In Australia, police do not name the accused until a plea hearing.