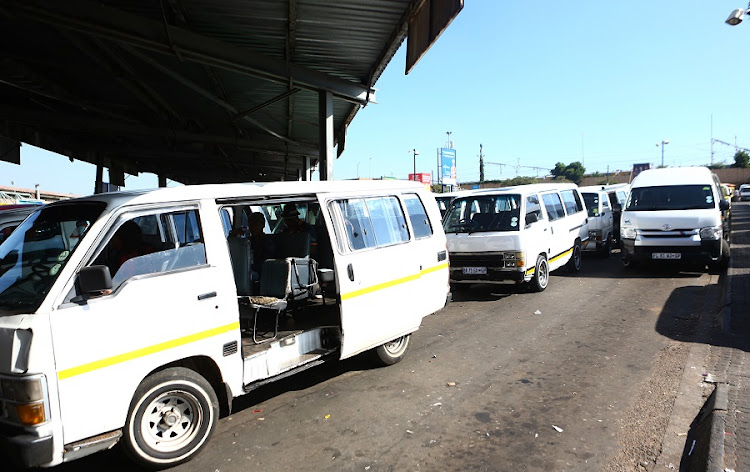 Seven people have been arrested in connection with the recent taxi violence in Johannesburg and Soweto as Gauteng’s anti-taxi violence unit strives to improve commuter safety.

The suspects face charges including malicious damage to property and serious assault.

"The violent incidents are believed to have culminated from tensions over routes between the two associations," police spokesperson Brig Brenda Muridili said.

"Two drivers were assaulted on October 15, followed by the Johannesburg torching and damaging of minibus taxis, and then Soweto with two more incidents of damages to minibus taxis.

"These seven arrests are the result of Gauteng’s anti-taxi violence unit that is working hard to identify the people that are involved in taxi violence in order to bring about order and stability in this industry to ensure commuter safety," Muridili said.

Eighteen bullets fired from a “machine gun”. These and other startling details have emerged about how assassins tried to permanently erase the ...
News
6 months ago

“I am happy with the progress that we are making in bringing to book people that have no regard for other people’s well-being and property. We will never allow a situation where people go around severely assaulting others and damaging their sources of income just because they are failing to resolve their conflict amicably,” said Mawela.